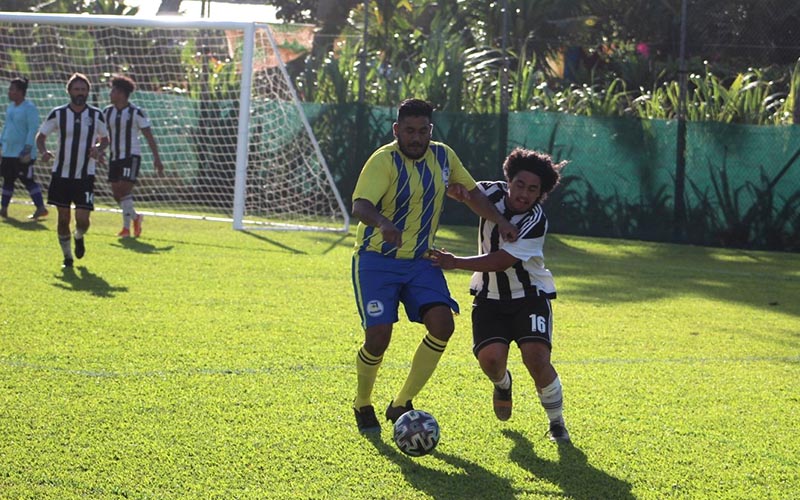 Titikaveka will take on Avatiu this afternoon. 20112068

The final round of the Round Cup football competition is expected to be a thriller, with a number of key matches lined up for the coming week.

Teams will be using the final round of Round Cup football competition today to prepare for the knockouts starting next week.

Two matches will be held today – Titikaveka FC will take on Avatiu FC at CIFA complex while Nikao Sokattak will host Matavera FC.

Avatiu premier men’s team have picked up form in the last couple of rounds and with a win last week against Matavera Ngatangiia FC, the side will be going all out for maximum match points against Titikaveka.

Avatiu have also had close chances at victory against top teams such as Puaikura FC, where in their last match the game ended in a 2-all draw.

Prior to that, they were just short of a draw when they faced premier men’s champions Tupapa Maraerenga at Victoria Park. The match ended in 1-0 in favour of the giants.

It will not be an easy match for Titikaveka and Avatiu will be hoping to put on their best form to outsmart their much-favoured opponent.

Both clubs will be fighting it out to improve their chances in the knockout rounds starting next week.

A physical and fiercely contested match is anticipated by the coaches of both Titikaveka and Avatiu.

The Avatiu U14 boys have already taken out the Round Cup trophy for 2020 and will be heading directly to the semi-finals.

For the other divisions, both clubs will be battling it out again next week in the knockouts to secure a spot in the semi-finals.

In the other match, Nikao Sokattak FC will be taking on Matavera Ngatangiia FC on their home grounds.

The Nikao Sokattak premier men’s have already booked their spot in the semi-finals, with Matavera yet to secure a spot.

In the Under-17, the Matavera Ngatangiia team are currently third and will be a team to watch out for in the next coming games.

Meanwhile the Rarotonga Football Competition is living up to expectations as the under-7s, U9s and U12 mixed division teams celebrated their success at CIFA Complex this week.

Following the celebration for the grassroots divisions, the Tupapa Maraerenga U17 put the final nail in the coffin to retain the 2020 Round Cup Champions title.