Grassroots celebrations in Round 15 of football competition 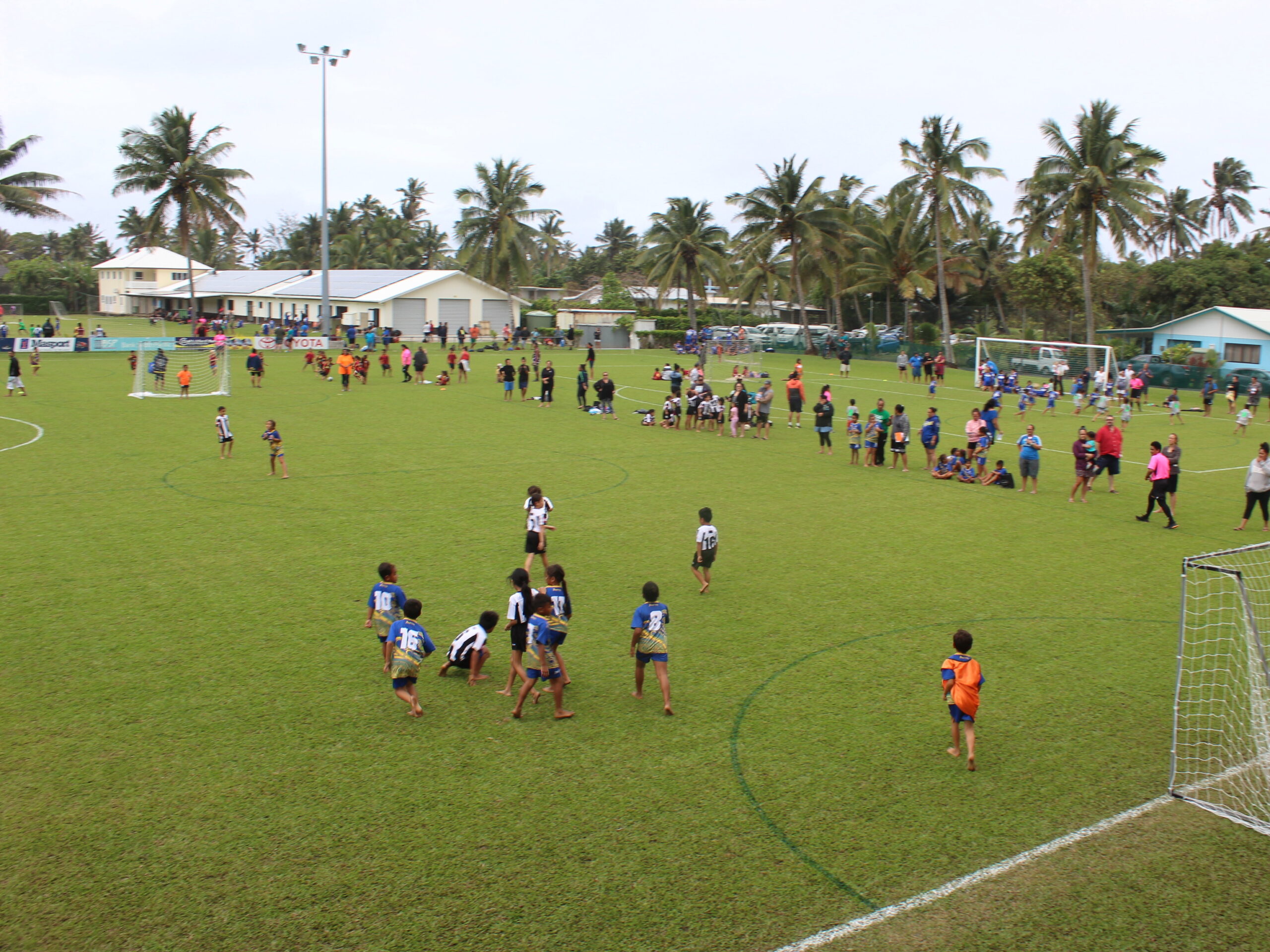 Grassroots Division of footballers in action at the CIFA complex. Photo: CIFA Media. 20111713.

The Grassroots Division of footballers comprised of the under 7 mix, under 9 mix and under 12 mix will take the field this afternoon for the last round of games for the Prime Foods Round Cup Competition before the Knockout Cup kicks off next week.

Following today’s matches there will be a trophy presentation for the round cup winners and a celebration of all young players’ efforts in the competition at the CIFA complex.

These young footballers have been at the CIFA complex almost every Wednesday afternoon for the past 15 weeks.

This celebration is to acknowledge their hard work that they have put in to get their teams to where they are in this year’s season.

Rain or shine these young superstars have been committed to the game of football since the start of the season and will no doubt be players to look for when they move to the next division’s in the coming years.

The supporters at these matches have also been a big help for the young ones with some of the parents and supporters never missing a single game.

Today will be the last time all the teams gather together on Wednesday for the Grassroots competition as they approach the knockouts and the plan is to finish the Prime Foods Round Cup Competition with a bang!

The games kick off at 4.15pm at the CIFA complex and once they are done all the teams and supporters will be asked to stay back for the festivities that are to follow.

There will be lolly scrambles, music and also a special appearance from Santa Claus and his elves.

It will be an afternoon filled with fun and excitement to kick start the Christmas holidays.

After the presentation of trophies and celebrations are complete, the U17 men will take the field at 5.20 pm, between the strong-willed Puaikura and skilled Tupapa side.

Tupapa Maraerenga FC U17 Men’s currently lead the U17 divisions with Tupapa currently sitting on 34 points on the table for the DJ Gas U17 Round Cup Trophy.

Nikao Sokattak is currently second and is not too far behind with 31 points, it will be a close call for Tupapa if they do not manage to get a win this afternoon.

If Puaikura manage to upset the Tupapa side it will be up to Nikao Sokattak on Saturday to defeat current third placed in the U17 division; Matavera Ngatangiia FC.

Fixture for Wednesday November 18 2020, at the CIFA complex, Matavera.