Football to kick off 2021 season 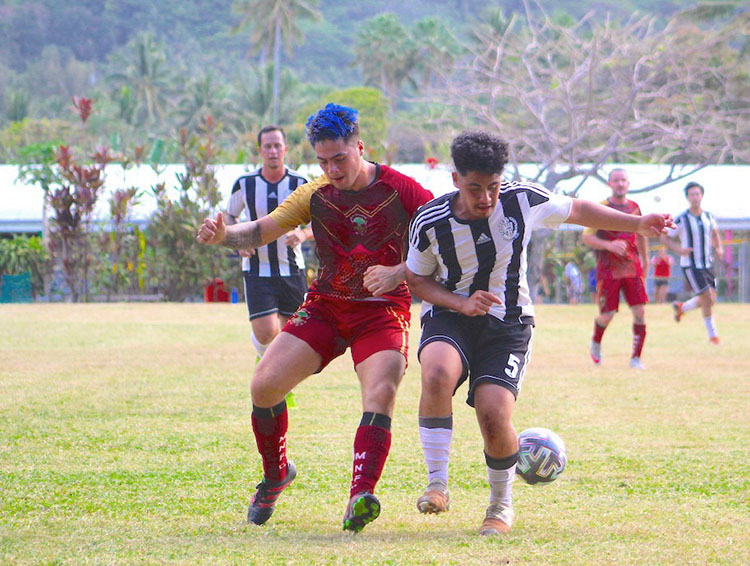 Matavera-Ngatangiia FC will take on Tupapa Maraerenga FC in the feature premier men’s match this afternoon. They are pictured here playing in last year’s season. 21082024

Despite Alert Level 2, the opening round of the Rarotonga football competition with go ahead today with health requirements in place to ensure the welfare and safety of the players and spectators.

Matavera-Ngatangiia premier men’s team will march into this match as the underdog and will try to deny Tupapa their first win.

The opening round of the season will provide a glimpse of teams to look out for in this year’s competition.

Matavera have had a good preparation, playing a few warm up games in the last few weeks, and in one of those games, they defeated Tupapa 2-1. They will be hoping to repeat that result this afternoon.

In the other premier men’s match this afternoon, Nikao Sokattak – the favourites for this year’s championship – will be hosting their neighbours Avatiu FC in the season opener.

In The Islander Senior Women’s Championship, Tupapa will face off against Matavera where both teams are expected to go all out to score their first win in their first game.

Matavera-Ngatangiia women’s team has been bolstered by the inclusion of five players from other clubs. Their inclusion will give the side a good chance in beating the much-favoured ladies in black for the first time.

The unpredictable Avatiu will be hoping to stun Nikao Sokattak when the two teams meet in the other women’s clash this afternoon.

Kicking off today’s games at both Matavera and Nikao fields will be the BSP U15 Boys division at 11:15am.

Players and spectators are asked to fill in the Ministry of Health (Te Marae Ora) register sheet at both venues.