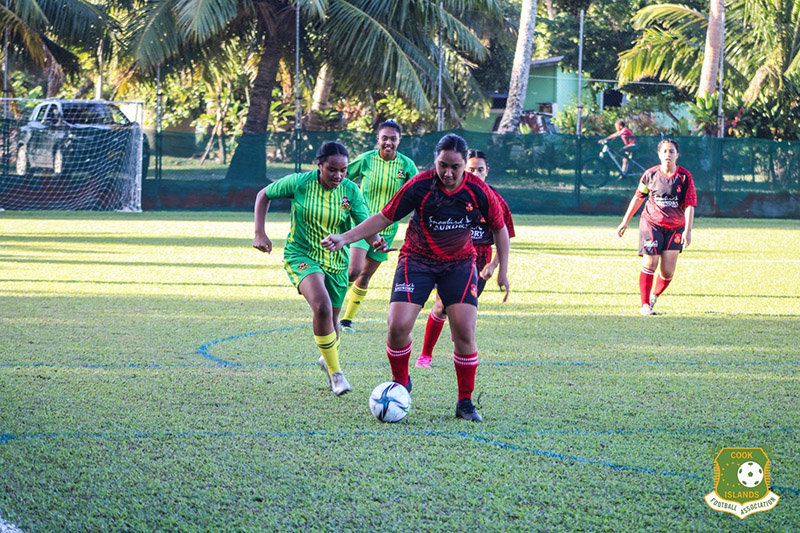 In the premier men’s division of the Rarotonga Round Cup Competition, every game count for the teams, with all still in the title race.

After drawing in their first match to Tupapa Maraerenga, Puaikura will look into reigniting the same flame they bought to their first encounter.

Puaikura will need to ensure they pick up from where they finished in their round three match, if they want to bank three points and progress to a better spot on the table.

The suffered after an unlucky defeat to Nikao Sokattak in their match on Monday.

Puaikura’s Jarves Aperau and Paul-luiz Van Eijk have led a strong backline in their previous matches, and will no doubt put out a stronger more defensive side today against top of the table Tupapa Maraerenga.

The Tupapa Maraerenga squad pulled away with a win in their Saturday game against Avatiu, and this match will be a chance to get back into their usual style of playing when it comes to offense and defense.

With the talent from experienced players Grover Harmon, Paavo Mustonen and Anthony Samuela in the mid-field, and upcoming youngsters like Apu Kamana and Ngametua Tuakana, it is no surprise as to why this team is marked to be a difficult one to beat.

Both teams will need to stay on high alert today, as a loss would possibly upset either team’s aspirations - but with one more round left to play - there is ample time to keep tacking on points.

In the Islander senior women’s division, it’s the clash of the top two.

The Tupapa women’s team have gone through the first round unbeaten and still stand with no losses to their name.

During their first encounter with Puaikura, Tupapa ended the match with a 3-1 win, and will be looking to hold on to their undefeated title until the end of the round.

Puaikura women’s team, which is dominated by young talent, led and guided by captain Tasha Dean, will have to work hard to gain a top spot on the table.

They will be looking to create opportunities for their young forwards Victoria Fatiaki and Teupoko Tauariki for shots at goal.

On the other hand, Tupapa will look to hold a strong midfield, led by captain Elizabeth Harmon and young Clotilda Moetaua in order to counter any opportunities to Puaikura’s young forwards. The duo will also look to feed quality balls to striker Kuramaeva Tare to put behind the net.

A win today will either make or break either team.

The BSP U15 Girls will kick off today’s matches at 12.40pm at CIFA Complex, while at Titikaveka Field today, the U15 Boys battle will start the Nikao Sokattak versus Titikaveka fixtures, at 11.15pm.