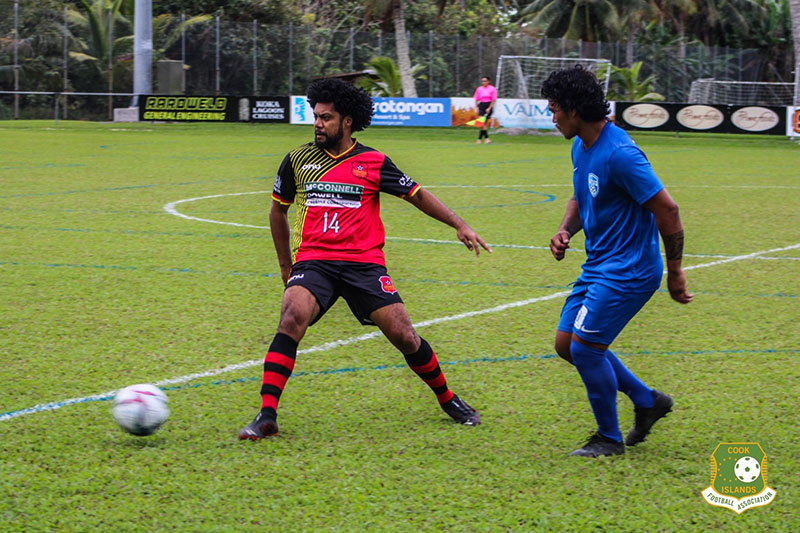 Action from round one battle between Titikaveka FC and Puaikura FC. The two teams will meet again this afternoon Teimurimotia Park. CIFA Media/21092443

The 2021 Rarotonga Football Season has entered the second round of the competition and this weekend will see some exciting clashes in the men’s and women’s divisions.

Former champions Puaikura will be hoping to bounce back from their disappointing first round outing when they take on Titikaveka in the feature Tower Insurance premier men’s match this afternoon.

This is their second meeting this season. In the round one match played earlier this week (catch up match), the two teams were locked at 2-all.

Puaikura, who recorded a mixed result in the first round, were shocked by the rising Matavera side 0-1 last week.

The Arorangi-based side will come out firing to ensure they have a winning start to round two in order to get their campaign back on track.

A win is a must for the side to improve their standings on the points table.

However Titikaveka will not be an easy challenge. They will also want to overcome Puaikura, to retain their spot on the points table and maintain their good record at home.

In the other premier men’s match, minnows Avatiu will take on leaders Nikao Sokattak at CIFA Complex in Matavera.

This will be a battle between teams at the opposite ends of the standings. Nikao Sokattak, who are currently leading, while Avatiu remain at the bottom of the points table.

In round one Avatiu suffered a devastating defeat, but the side will be hoping to bounce back from that, and record a surprise win over their neighbouring rivals.

Nikao will not make it easy for them, as recent form strongly favours them. The side will be aiming to maintain their winning streak with another win in the competition.

In the Islander senior women’s division, defending champions Puaikura who currently hold second place on the points table and Titikaveka placed fourth are expected to battle tooth and nail in a must win battle for both.

Puaikura have proven one of the toughest teams to beat this season. They will come out hungry for a win on Titikaveka’s stomping grounds, as a win will secure their second-place spot before they go head to head with table toppers Tupapa next week.

With their last encounter ending in Nikao’s favour, Avatiu will be wanting to end the match on a different outcome this weekend. After Nikao’s defeat against Tupapa last week, the side will be hungry for a victory to keep their chances in the competition alive.