Battle of youngsters in Puaikura versus Nikao midweek clash 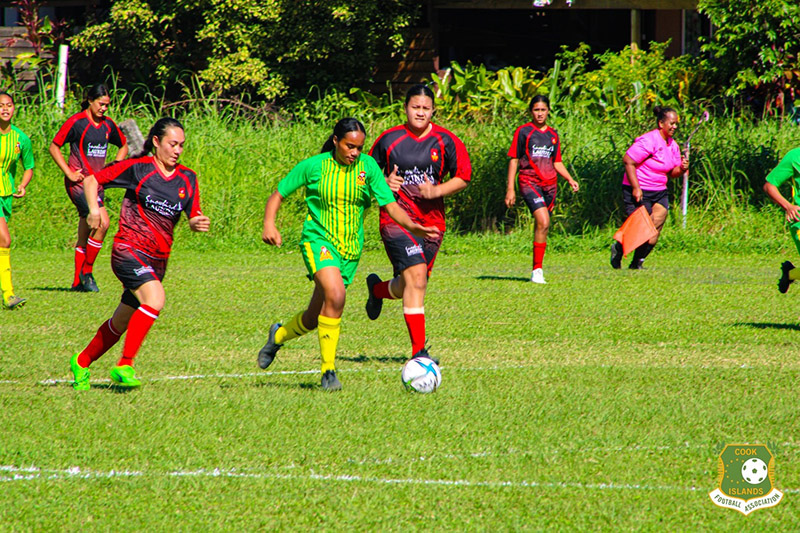 Puaikura’s senior women will meet with Nikao Sokattak for their second face off at 5pm today at the Raemaru Park.

The defending champions, who have brought in one of the youngest teams in this year’s Islander senior women’s competition, has shown a lot of promise throughout the rounds.

Puaikura trailed 0-1 to Titikaveka in the first half of the match held on Saturday, but managed to bounce back to level the game 1-all.

Today the side will need to replicate the determination and strength shown in their earlier match in order to gain the maximum match points.

After going down to Avatiu at CIFA Complex in Matavera on Saturday, Nikao will be battling hard for win this afternoon. They also went down to Puaikura in their first encounter.

Nikao will need to be strong and aware both defensively and attack wise to avoid conceding any goals in today’s match. Their younger players will play a huge role in this match, as Nikao will rely on them to match Puaikura’s youth and athleticism.

The senior women’s match will start at 5pm. At 4pm, the U15 Boys match between the two clubs will be played.

The Puaikura and Nikao BSP U15 Girls and Tower Insurance premier men’s matches have been scheduled for Monday at CIFA Complex.