A point away from Round Cup title 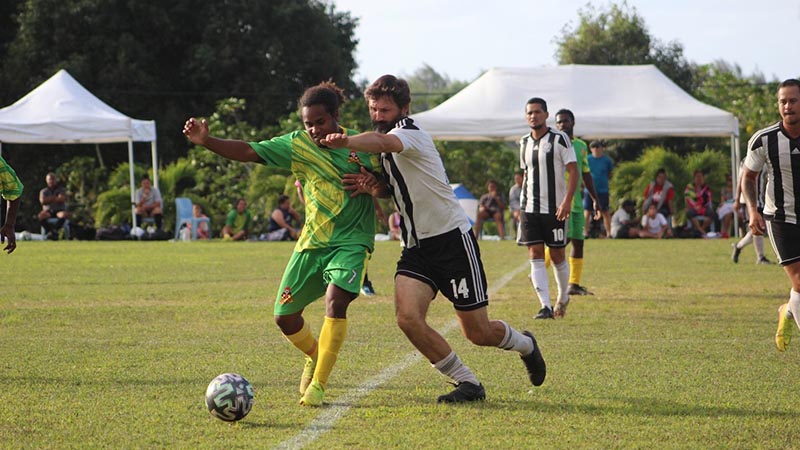 Tupapa Maraerenga will take on Nikao Sokattak in the premier men’s top of the table clash today. 20110616

Defending champions Tupapa Maraerenga will take on Nikao Sokattak in the top of the table premier men’s clash today.

The much-anticipated match will be held at CIFA complex in Matavera, kicking off at 4.15pm.

Tupapa is leading the way at the top of the ladder, seven points ahead of second placed Nikao Sokattak.

The side will head into today’s clash with high hopes. They only need a draw to retain the Round Cup Championship title.

Nikao Sokattak will be all out to stop Tupapa from claiming an early win. The likes of Julius David, Toru Mateariki and Marc Leito will be the threat that Tupapa need to watch out for.

In their two previous meetings, Nikao have emerged victors and the side will be hoping to extend their winning run with yet another win.

In the Senior Women’s competition. Puaikura FC who lead the division will be taking on the Avatiu FC at Raemaru park.

Puaikura have enjoyed an outstanding season so far with only a loss. A draw against Avatiu will hand them the Round Cup Championship.

With players such as Daimzel Rongokea, Coral Seath and Victoria Fatiaki leading the Puaikura’s attacking front, it will definitely be a challenge for Avatiu.

In the other match, Titikaveka FC will take on Matavera Ngatangiia FC at the Takitumu Field.