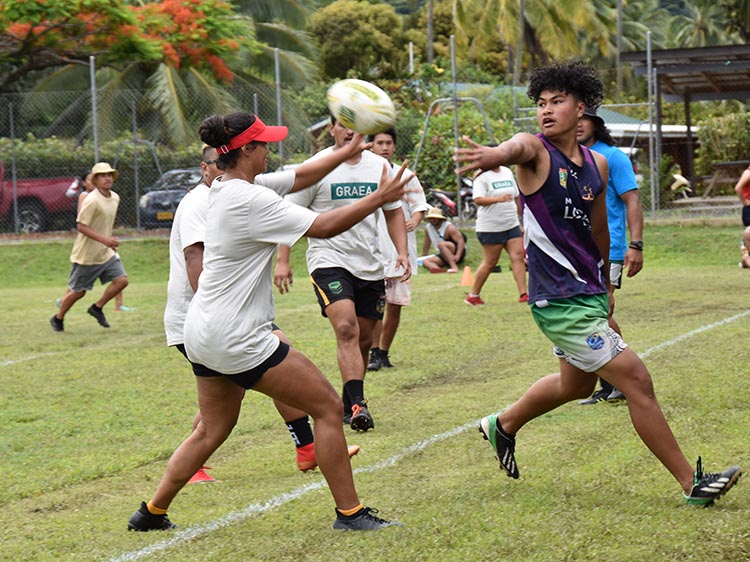 There are limited spots available for teams willing to take part in the Boxing Day Tournament.

Daphne Brown, from the Cook Islands Touch Association said this year they are running two grades.

One for competitive teams, which will be suited to more experienced touch players and one category for social teams that are out to have a bit of fun to run off the Christmas lunch.

For the first time, this year’s Vodafone Boxing Day Touch Tournament will feature a “Legends” game.

With the theme of the Boxing Day Touch Tournament being “back to local roots”, the call has gone out to former players of the 90s and the 2000s to come out and show off their old school styles.  Anyone interested in playing in this game should contact Poto Ngaroi or Conrad Piri.

The “Legends” game will kick off the tournament on Saturday.

Managers are being asked to meet at 9am and the games kick-off at 9.30am. Anyone wanting to referee is welcome to head down to Avatiu field for a run.

Following on from the Vodafone Boxing Day Touch Tournament, will be the Beach Touch Competition from Monday January 11 to Wednesday January 13, 2021 at the Volleyball Beach Courts at Nikao opposite the Social Centre.

This is also an open mixed competition and 16 and under.

Anyone interested in putting in a team can contact CISNOC on 24 095 or Daphne Brown on 54 171 for more information and registration.