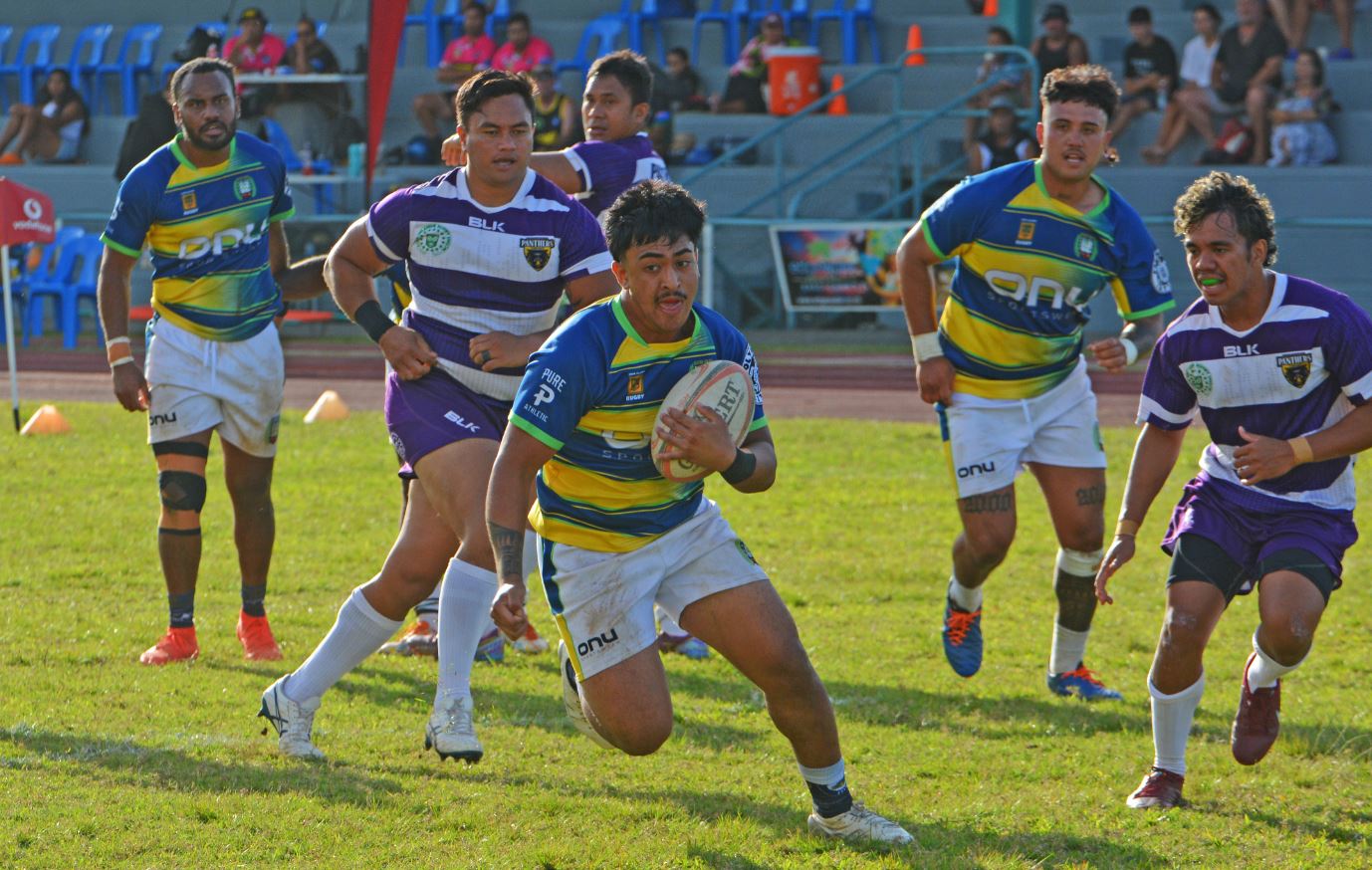 Avatiu Eels’ Maeva Robati against Tupapa Panthers in the final. Robati was awarded the best player. 22110707

Cook Islands Rugby Union concluded its 2022 season with the annual Raro 7s tournament over the weekend.

Despite the eleventh hour changes to draws due to teams pulling out, the Union managed to put together the tournament with only 11 teams competing across three divisions – five in men’s and three each in women’s and under-18 men’s divisions.

The two-day tournament kicked off on Friday with the preliminary round matches followed by the knockouts on Saturday, at the National Stadium in Nikao.

In the women’s division, Lady Bears were crowned the new champions after the Arorangi-based side beat 2021 champs Lady Panthers by 17-0.

In the Under-18 competition final, Bears defeated Panthers 31–7.

Cook Islands Rugby Union development manager Ben Koteka thanked the teams and sponsors for helping them stage the 33rd edition of the tournament.

“During these testing times thank you to all our teams, players and coaches – a special mention going out to the Aitutaki contingent who contributed three teams – brilliant support from Aitutaki,” Koteka said.

“Truly grateful for your continued support to ensure we have been able to celebrate Raro Rugby 7s into its 33rd year. Not forgetting the great assistance from the NZ Referees/physio – Paul, Steve and Moe, all our local referee, Tanya our physio from NZ – thank you for your valuable contribution, our ball boys, bench officials, judiciary and administrators, to our tournament coordinator – Jessie and her hard working team, meitaki ma’ata and kia manuia to you all.”