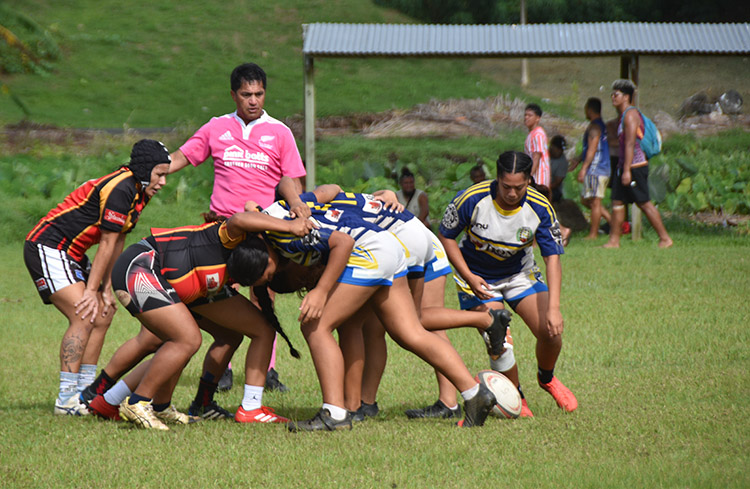 Defending champions Tupapa Panthers made a winning start while Takitumu failed to turn up for the opening round of the Rarotonga Club 15s competition.

The Darren Piri-coached Panthers overcame Arorangi Bears 27-3 in the lone Senior A match played at Victoria Park on Saturday.

The other Senior A match did not take place after Takitumu failed to turn up, giving Avatiu Nikao Eels a win by default. Takitumu has been struggling to put together a team to compete in the premier grade.

In the feature match of round one, the Panthers led 10-0 at the break with Bears still in the game.

But two long range solo tries in the second half from Panthers speedster Beniasi Dakuwaqa put the match beyond Bears’ reach. The Panthers’ other tries came from Marouna Ioane, Kave Mocedike and Samisoni Ratokabula. Jojo Karati kicked the conversions.

The Bears’ only points, a penalty, came from the boot of Viiga Ruepena.

Captain courageous Thomas Toa and Junior Buresova stood out for the Panthers while Bears’ top performers were Fale Sooialo and Andrew Purua.

Eels speedsters Vaiana Rima and Nicole Tiore scored two tries each in the win while Arorangi scored through Tara Williams and Rima Browne.

The season opening round had a youth focus with all age grades including under 9s and 11s boys and girls teams playing quick rip followed by rugby 10s for the Under 13s and 16s building up to the main age group match of the day which was the Under 19s Rarotonga trials.

The round two matches this Saturday will be held at Raemaru Park in Arorangi.