Matt Johnson tackles rheumatic fever for the next generation 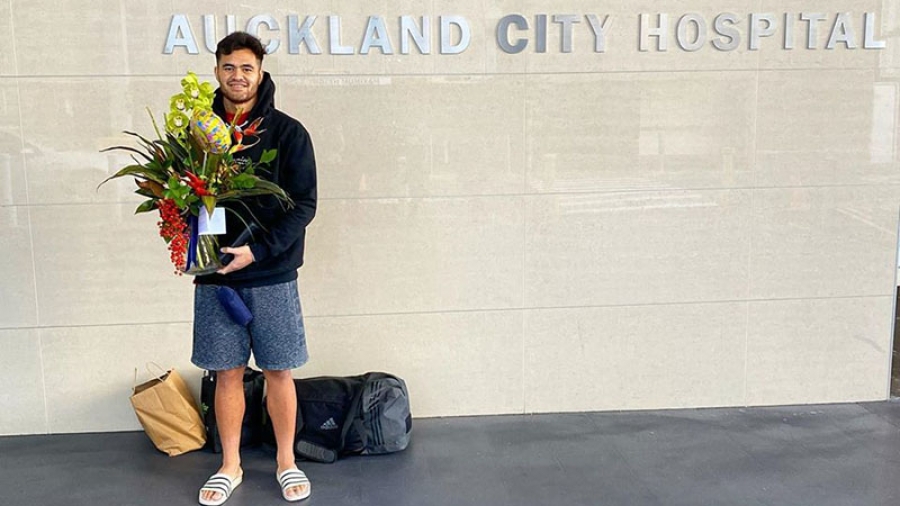 Former Auckland Blues player and Cook Islander Matt Johnson is trying to stop children getting the disease that cut his rugby career drastically short and nearly killed him.

Former Auckland Blues player and Cook Islander Matt Johnson is trying to stop children getting the disease that cut his rugby career drastically short and nearly killed him.

Matt Johnson is lending his voice to the fight against rheumatic fever, a disease that starts in childhood but can lead to heart damage and devastating lifelong consequences.

Health charity Cure Kids has announced its largest-ever chunk of funding, $3 million, towards six projects to help fight the disease.

He was just 13 when he found out he had rheumatic heart disease - a complication of rheumatic fever.

He underwent the first of three open-heart surgeries.

"They talked about how they'd open up the chest and replace the aortic valve. That was quite daunting as a 13-year-old kid," he said.

Doctors told him he would never play rugby or league again but he was stubborn and defied the odds, he said.

Then a dream job with the Blues was cut short after only about a year.

He had minor heart attack, then a massive surgery, waking up from a six-day coma to find he had almost died.

That meant the end of rugby for good.

"It was because of rheumatic fever. I just wish it wasn't still around and I wish there was more awareness, and more prevention because it's tough, man, it's tough to go through that as a young kid, to have open heart surgery and ... not be living your best life," Johnson said.

Johnson was joined at the announcement by the researchers who won the Cure Kids funding.

They were fighting the disease on many fronts.

Auckland University senior research fellow Jacelyn Loh was starting at the beginning, developing a vaccine that would stop strep A, the common throat infection that can lead to rheumatic fever.

Her team was working with others from around the world - using some unusual materials.

"Components that have originated from shark oil, from marine sponges and also developing really novel, cutting edge nanoparticles to deliver the vaccine," she said.

Child heart doctor and researcher Nigel Wilson is using a drug that's got a lot of attention because of Covid 19 - hydroxychloroquine - to reduce inflammation in the heart.

The team wanted to learn more after two patients responded well to it.

They had already learned a little from its use with "the pesky virus" and would likely deliver it in much smaller doses, he said.

Another team is working on the better delivery of penicillin - which is used to try to stop long term damage.

At the moment it was a painful injection to the buttock or thigh, something patient adviser Shannon Leilua remembers from his childhood.

"That was the thickest needle to me. I feel sorry for what the kids have to go through ... if they can make it simpler, easier ... then that would be better for the tamariki," he said.

The disease has been called a national shame in New Zealand, rarely seen in the first world, outside of New Zealand and Australia.

Māori children are 50 times more likely to get it than Pākehā children, and Pacific children 120 times.

Auckland University senior lecturer Anneka Anderson is leading a team that will seek solutions from young people in those communities.

She wanted to give the young people a voice to create solutions that would work for them, she said.