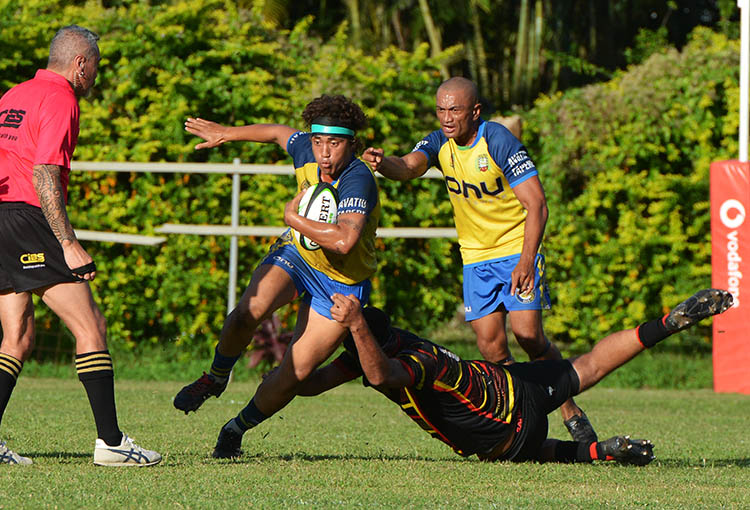 Avatiu Nikao Eels will miss the services of Josh Caffery who joined the national 15s team in New Zealand. The Eels will take on Tupapa Panthers at The Swamp at 4pm today. 21071212

The Swamp at Avatiu will see a range of talent on display today as it hosts the weekly rugby union club games. The big game of the day kicking off at 4pm will be between the reigning champions Tupapa Panthers and host Avatiu Nikao Eels. Alana Musselle reports.

The undefeated Tupapa Panthers have won both of their games since the start of the rugby union season, their most recent victory being against Takuvaine Reds 38-6 last Saturday.

Today the Darren Piri-coached side will play against the Eels, who lost their most recent game against the Arorangi Bears 17-22 last weekend.

Eels coach Clive Nicholas said: “We were disappointed but there were a lot of factors involved including some players who did not turn up to that game.”

The club had also been facing the disappointment of losing three of their star players who left for New Zealand recently.

They have since then had some new players join the team in perfect timing who have already made their debut and contributed to the interesting start to the new season.

“Winning always boosts our team’s morale but it is still early days. The disappointment from last weekend’s game is only going to motivate our players even harder to win this weekend’s game,” Nicholas said.

“You can definitely expect some fireworks because every time we play Tupapa there is always that strong rivalry. Both teams have a strong history together,” he added.

Panthers coach Darren Piri said: “We are feeling up to the challenge. Both sides will be wanting to strongly win the game so it will be an interesting one to watch.”

He said this game in particular might be a bit more of a challenge compared to their last two matches.

“To win this game will have a good impact on the players but at the end of the day it depends on who is playing and who is going to play according to their training during the past week.”

In the other Senior A match, Takuvaine Reds will take on the Bears at 2.30pm.