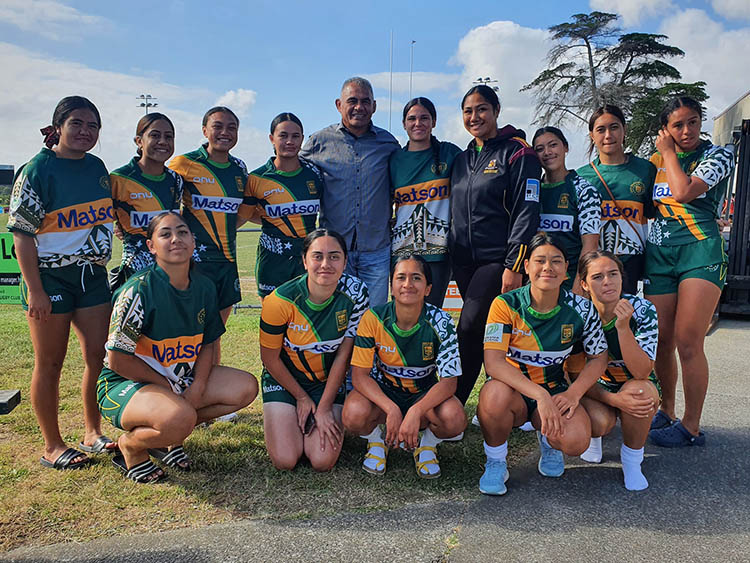 Cook Islands U18 women started their campaign with a 10-36 loss against New Zealand Condors.

The side won their remaining two pool matches against Niue 27-5 and New Zealand Barbarians 22-10.

Ben Koteka, Cook Islands Rugby Union’s development manager, said Lela Ieremia, Veisinia Fakalelu and Myracle Monga were the top players for the side in the tournament.

The Cook Islands U18 men’s team had a tough day, managing just a draw from five matches.

In their opening match, the side went down to Fiji Barbarians 12-32 before drawing against New Zealand Maori 12-all.

Cook Islands lost to Samoa Barbarians 12-33 and Fiji Barbarians 15-32 in the Bowl semi-final.

In the Shield final, the national side went down to Niue 12-17. Despite the losses, Trent Campbell and Maeva Robati stood out.

Nicholas and Robati were members of the U19 Rarotonga team to Aitutaki in 2019.

The World School Sevens is an international U18 sevens rugby event with over 32 teams (pre-Covid) from Japan, Canada, USA, Australia, Fiji, Vanuatu and New Zealand.

The competition features the best young talent in the world with currently 20 players going on to represent their countries at the highest level, since we started in 2016.

The aim of the tournament is to give players a life changing experience in New Zealand, showcase their talent and act as a development tool for the next generation of athletes in rugby sevens.