A step closer to the Rugby World Cup 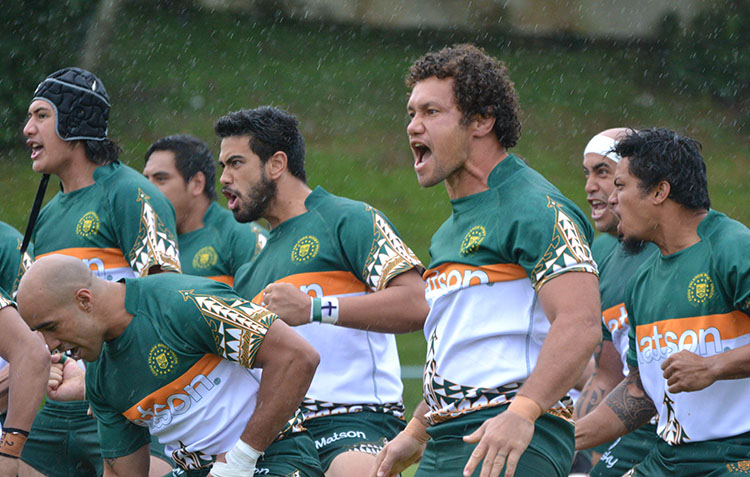 The 2021 Men’s Championship was to be held in Port Moresby, Papua New Guinea in June, but the country has seen a growing number of Covid-19 cases in the past two months.

The 2021 Oceania Rugby Men’s Championship was due to serve as the Rugby World Cup 2023 Regional Qualification Tournament, with its winner due to challenge the runner-up of the Oceania 1 Play-off between Samoa and Tonga (July 2021) in the Asia/Pacific Qualifier.

With the event’s cancellation and the tight timeframe available to determine the region’s champion, the World Rugby rankings was used to confirm the team progressing in the Rugby World Rugby 2023 qualification process.

Among the five teams that were due to compete at this year’s Oceania Rugby Men’s Championship, the Cook Islands are the highest ranked team (52nd) as of April 27, 2021 and will therefore progress to play in the Asia/Pacific Qualifier against either Samoa (14th) or Tonga (13th) on a date and location to be decided.

Cook Islands Rugby Union president Simiona Teiotu said they recognised the decision made by World Rugby and Oceania Rugby in view of the global pandemic.

“It is unfortunate that our Oceania colleagues are unable to participate, and the Cook Islands welcome the news that we will be progressing to the next level. The match against either Samoa and Tonga who are both ranked in the top 15 is a challenge and an opportunity for the Cook Islands to undertake and we are looking forward to it,” Teiotu said.

Oceania Rugby competitions manager Wayne Schuster said: “The difficult but appropriate decision has been taken with the relevant government and public health authority advice and with the welfare of players, staff, and the public the top priority in the decision.”

Papua New Guinea Rugby Union chair Syd Yates said: “The cancellation of the tournament is obviously disappointing as the team and our fans were looking forward to welcoming everyone back to Port Moresby however, the current situation proved untenable. Papua New Guinea Rugby Union believes it is important to look after the welfare of everyone involved and supports this reasoning for the decision. We will now look ahead to the 2022 event.”

World Rugby chairman, Sir Bill Beaumont said: “Whilst naturally disappointing for teams and fans of these Pacific nations, the safety and welfare of everyone involved are paramount. Together with Oceania Rugby, World Rugby will continue to invest and support Pacific Islands, building genuine pathways to the highest level of our game. The tough but appropriate decision to cancel this year’s championship means the Cook Islands will face either Tonga or Samoa in search of the coveted Asia/Pacific spot, and I want to wish them all the best of luck on their journey towards RWC 2023 in France.”

Richard Sapias, Oceania Rugby president, acknowledged that this news would be disappointing to many in the region noting that Oceania Rugby were saddened to have had to make the decision to cancel this year’s tournament.

“The collective regional response to the current pandemic, which has largely been successful, places rugby and all regional sports, and activities, in our region in a position whereby travel simply isn’t plausible,” said Sapias.

“We wish Cook Islands all the best in their preparation to the next stage in the qualification process. Whilst travel has hampered regional activities, domestic competitions and development have been thriving and I am looking forward to seeing Cook Islands take the challenge to either Samoa or Tonga later this year.”

Oceania Rugby continues to adjust the 2021 tournament schedule and looks forward to regional competitions returning as soon as it is logistically possible.