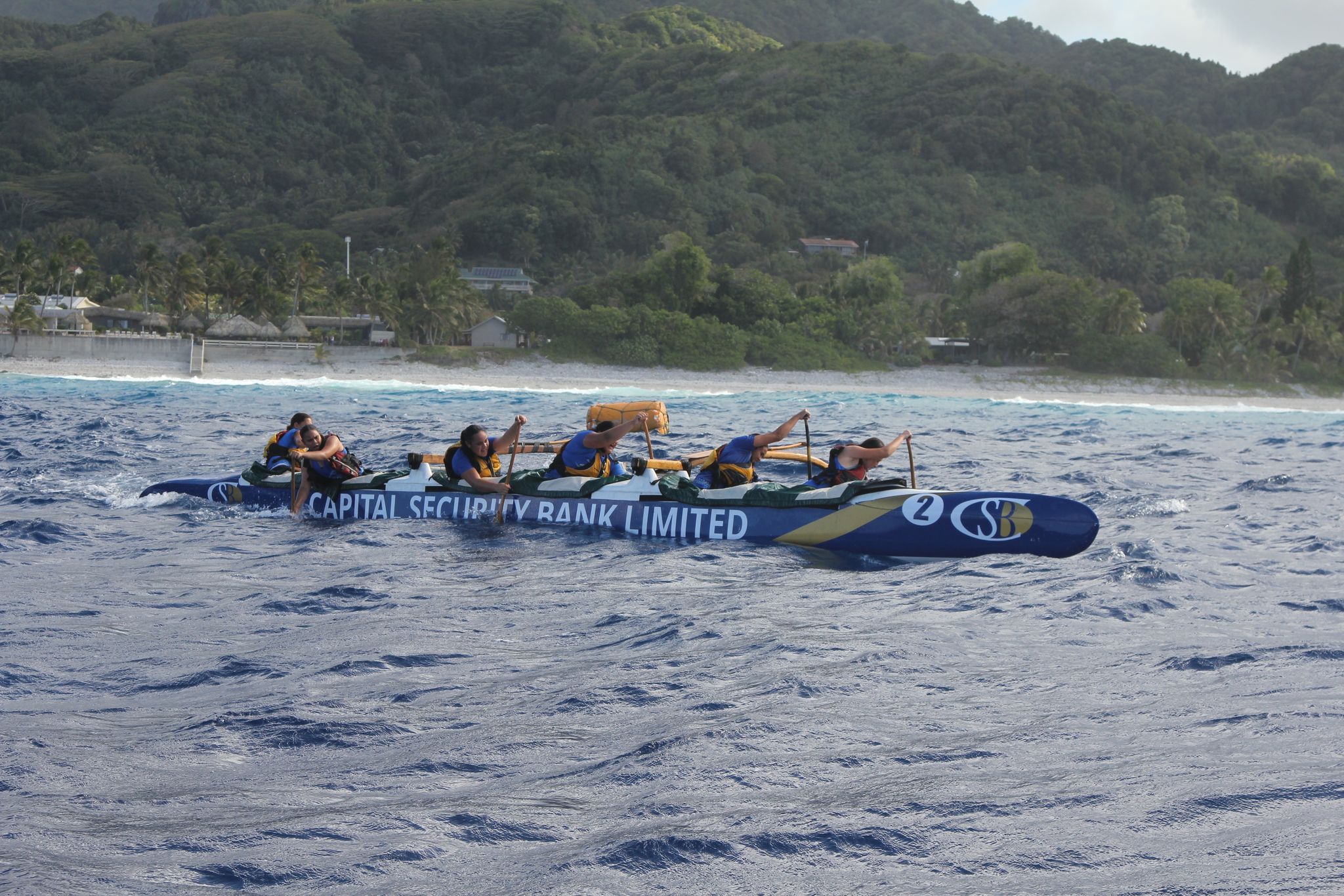 There were ‘gutsy’ performances by the Junior Under-16 paddlers in the five-kilometre ocean race from Avarua harbour up to Club Raro and back, in the Oe Vaka Nationals on Monday afternoon.

The experience of the Ngakau Toa Vaka girls shone through as they took a strong lead and finished first with a time of 36.05.58 minutes.

The visiting Nga Maia team had their first ocean race experience on Saturday taking on the V6 12km iron race, but rough sea conditions forced them to turn early at Club Raro.

President of the Cook Islands Canoeing Association, Teina Taulu said the juniors from New Zealand “don’t get to race out in the ocean conditions compared to where they train in Tauranga”.

“They mainly focus on sprint races rather than ocean races, this will be an unforgettable experience for them … and a feeling of coming home to where their ancestors departed,” said Taulu.