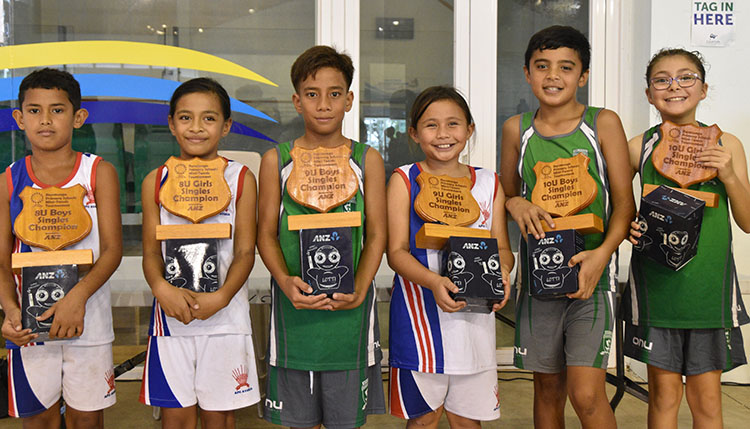 National tennis coach and coordinator Malcolm Kajer hailed the tournament as excellent adding the kids were “very competent and they all competed at good level”.

He was also impressed with the Apii Avarua 8-year-old kids who won both the boys and girls champion titles.

“It turned out to be very interesting (division).”

Apii Avarua, Nikao, St Joseph’s and Takitumu participated in the competition with two girls and two boys teams entering into the three categories of 8-year-olds, 9-year-olds and 10-year-olds.

Kajer had spent six weeks at each of the schools training the junior students in the ANZ and AOPP (Tennis Australia) tennis programme.

He would like to acknowledge the warm welcoming reception from the teachers at each school and the keenness from each child to learn more about tennis.

“I’m very happy with the running of the tournament, thanks to Tennis  Cook Islands, president Davina Hosking-Ashford, Jackie Rongo, the umpires, parents and teachers,” said Kajer.

Due to the inconsistency of the weather, the tournament location was moved to the Sports Arena in Nikao.

Next term, four other schools will participate in the tennis training programme and tournament.