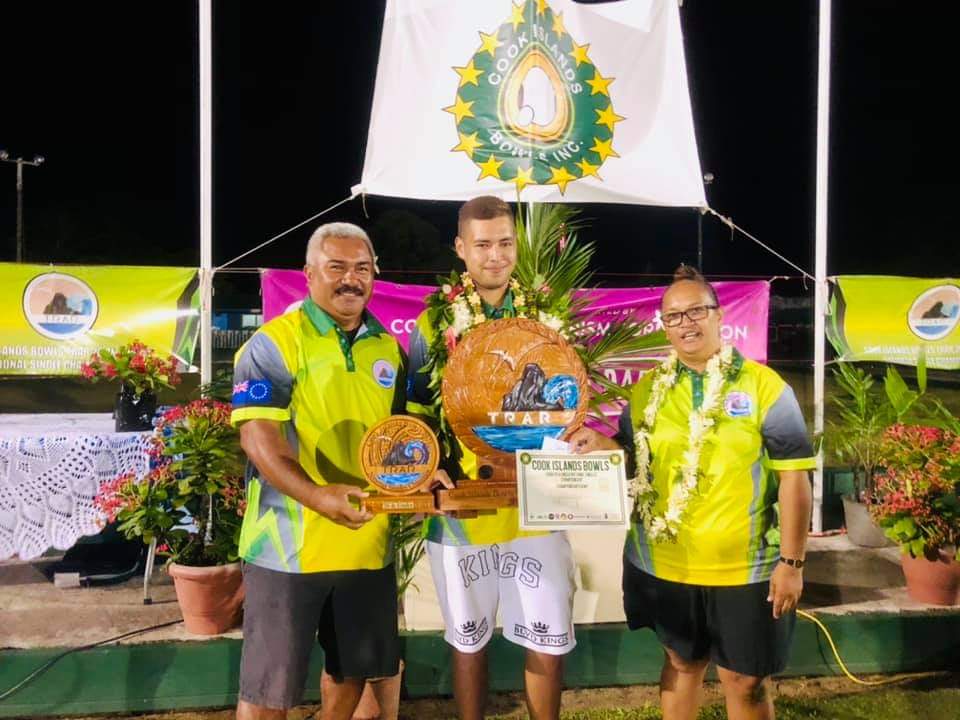 The weeklong tournament featuring 17 competitors, eight of which were new to the sport, concluded with the finals on Thursday at the Rarotonga Bowling Club.

Tournament coordinator Jason Lindsay said the final between Aperau and Jim was played with great sportsmanship and “really outstanding level of bowls”.

The two received an all-expenses paid trip to Burnside, Christchurch to compete in the New Zealand Under 26 Singles in October this year.

They will be managed and coached by Lindsay at this event.

“This is the first time we have been allowed entries into this NZ event due to the growing relationship between Cook Islands Bowls and Bowls NZ,” Lindsay said.

The final was, for the first time, live streamed online. “Thank you to the Ministry of Cultural Development and Byron Brown for helping with this. A fantastic event that really showcased the talent this age group has to offer to our sport.”

At the prizegiving, president of Cook Islands Bowls Unakea Kauvai announced that they would be opening the event up to international competitors.

Invitations will be sent to some of Australia and New Zealand’s best under-26 bowlers to compete in next year’s event.

Lindsay said: “This will not only help increase the level of competition but also expose our local players to some of the best young bowlers the world has to offer which can only help grow and develop their own games.”