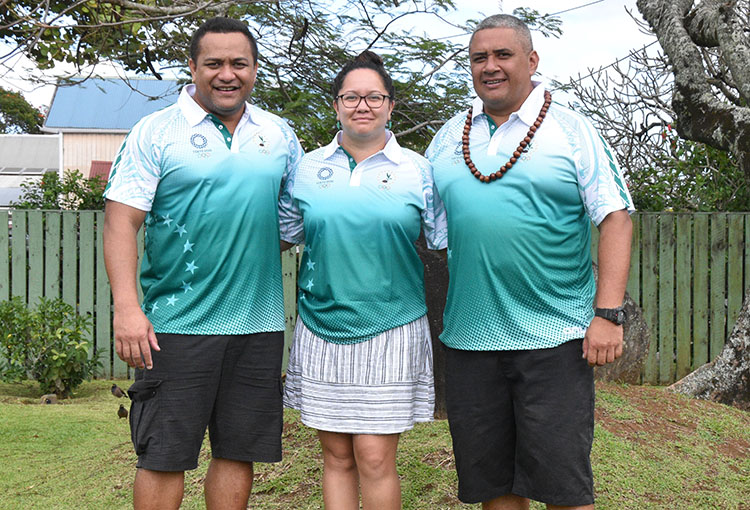 The Rarotonga-based members of Team Cook Islands to Tokyo Olympic Games are looking forward to the event despite concerns over increasing number of Covid-19 infections in Japan.

Despite Japan’s current Covid-19 state of emergency because of the rising new infections and the highly contagious Delta variant, the small Cook Islands delegation of six athletes and over a handful of officials will still head to Tokyo.

Wilson is confident that Tokyo have stringent measures in place.

“We have had many meetings with International Olympic Committee (IOC) regarding the Covid pandemic in Tokyo,” said Wilson.

“These Olympic Games will be like no other - there will be no spectators, it will be absolutely different, a different Games all together.”

Athlete Jane Nicholas is currently in Tokyo training for the slalom event. She will not enter into the Games Village until Wilson arrives.

“There are measures in place and so far Jane has commented that things now are going well. If we all follow the rules, we will be fine,” Wilson said.

Japanese Prime Minister Yoshihide Suga had announced their government will impose a state of emergency in Tokyo that will last through the Olympics until August 22.

According to the NZ Herald, fans will be banned from Tokyo-area stadiums and arenas when the Olympics begin in two weeks, so that means the Tokyo Olympics will largely be a TV- only event.