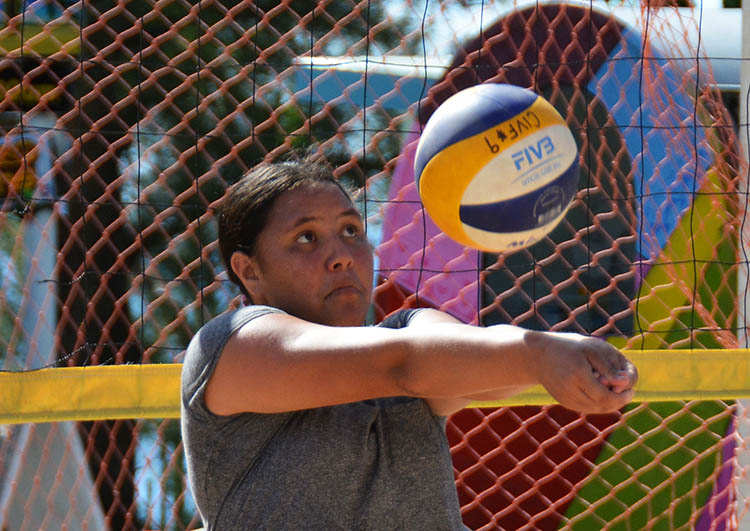 The inaugural Cook Islands 2021 Youth Games got off to a grand start with the beach volleyball competition at Nikao beach courts on Monday.

The Games will also feature 3x3 basketball to be held today at Punanga Nui Market grounds, athletics at the National Stadium tomorrow, touch rugby on Thursday and handball on Friday.

Owen Lewis, the secretary general of the Cook Islands Sports and National Olympic Committee, was pleased with the turnout yesterday.

The beach volleyball event featured an “overwhelming” number of entries in the under-13 and U18 grades.

The focus on the U13 competition is participation, and all who enter will receive a certificate for their effort. In the U18s competition teams will be vying for medals.

“It was an excellent start, the numbers were great and it’s good to see young people using the school holiday to keep fit and have a bit of fun which is our objective,” Lewis said. Beach volleyball was the first event in the Cook Islands Youth Games. 21042618

“We had new managers, young people managing the teams. It was pleasing to see young ones taking control and they did a marvellous job. Congratulations to volleyball for organising and all teams for participating.”

The much anticipated 3x3 basketball will be held today.

Lewis said: “We have a record number of teams participating in the 3x3 basketball, 24 teams in U18 and eight teams in U13.”

The Youth Games follows the resounding success of the Cook Islands Beach Games which took place earlier this year between January 11 and 23.