Saturday 29 May 2021 | Written by Supplied | Published in Other Sports, Sports 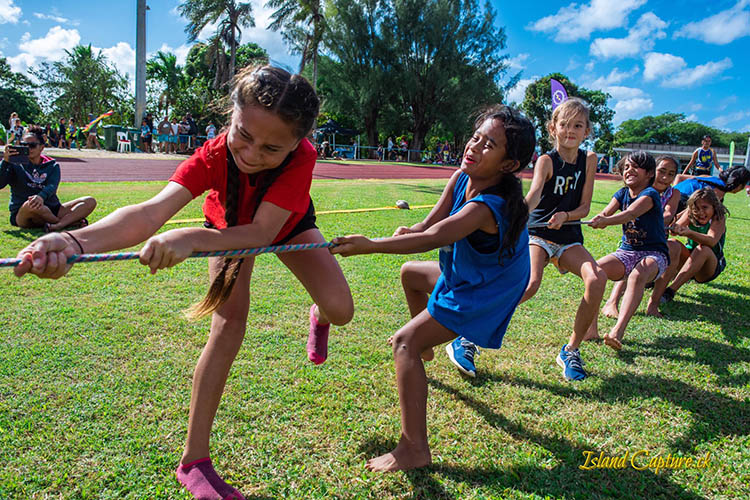 This year’s Kumete, on Monday June 7, will feature a longer programme including tug of war. Island Capture.ck/21052835

The annual village competition for the Kumete is to be held once again at the National Stadium, and as always on the Queen’s Birthday annual holiday, in nine days’ time.

This year’s Kumete, on Monday June 7, will feature a longer programme.

It will start at 9am with the registration of athletes in the under 18 (U18), open and masters sections. The first race is the 800 metres, starting at 9.30am.

Villages are encouraged to form teams to compete for the cup. Last year Avatiu took the reins from defending champions Avarua, which had held it for several years in a row.

After the Cook Islands Games last year there is a real buzz amongst athletes to compete and represent their island or village.

Athletics organisers are asking that each village wear their corresponding colours – as per rugby – and to come along and enjoy a fun family day event.

The Kumete will have fun events for the U13 similar to those run at the recent Youth Games during the April school holidays.

A circuit of six stations for Kids Athletics will have two run, two jump, and two throw activities. These will use fun ways of age-related equipment to build the skills required later in the adult athletics events.

For family fun and entertainment, the popular masters’ 50m ‘race walk’ is back, as is the tug of war for U13, U18, and open-masters mix teams.

New to the programme will be a 4x100m mother and daughter relay, and father and son relay.

The U13 do not need to register; pre-registration for all other age groups is encouraged as early as possible. Only three athletes per village per event is permitted to keep numbers down.

The village with the most points at the end of the day is the Kumete winner!