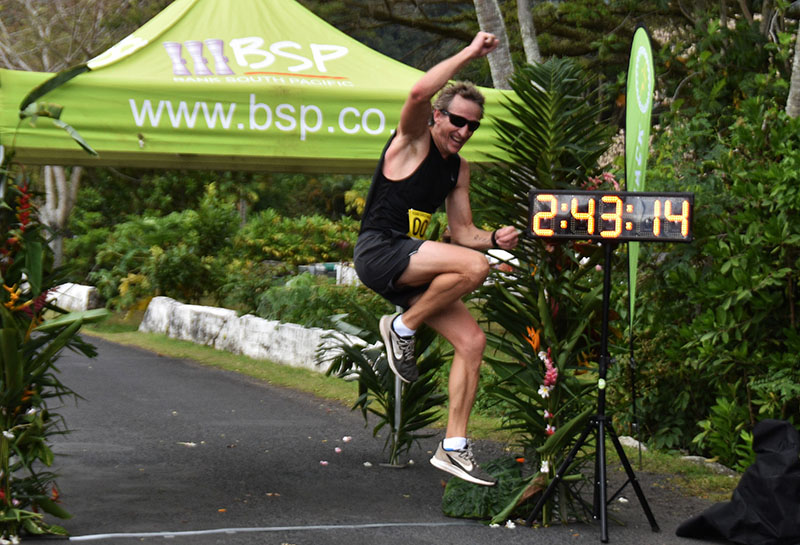 Close to 30 runners and walkers lined up at 5.30am for the Round Rarotonga Road Race outside the old Banana Court on Saturday.

Defending champions David Street, pictured, took the 31km event out, crossing the line in two hours and 43 minutes. Close behind was Kevin Henderson who completed the race in two hours 49 minutes marking his 30th consecutive Round Raro race. Coming in third for the 31km men’s race was David Healy.

In the women’s division, Adriana Skurosz took the top spot with a time of three hours and 4 minutes. Lucille Meyer came in second after finishing the race in three hours and 12 minutes. Coming in third place was Jess Fotheringham.

Winning the 10km race was Rupeni Mataitoga, who earlier in the year won the 10km division in the BSP Aitutaki Marathon. Mackenzi Wichman took home the women’s 10km title.

Runners had favourable cool conditions but challenging wind to battle through during parts of the course. More on the race tomorrow.