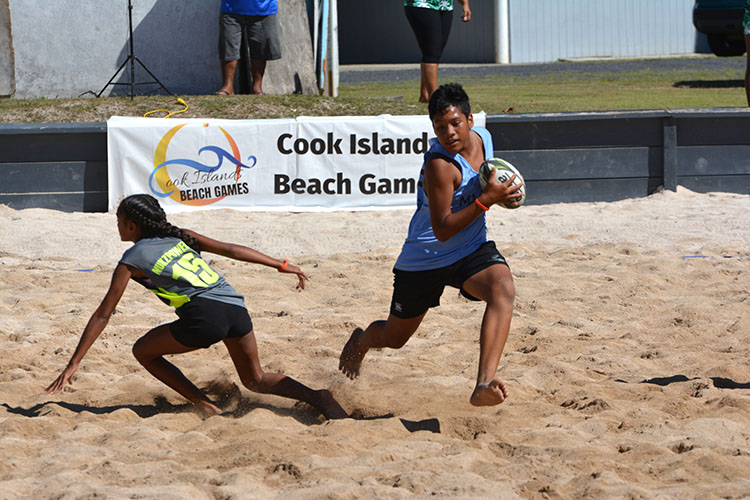 There’s plenty of excitement among participants in the inaugural Cook Islands 2021 Youth Games to be held next week.

The Youth Games, which last a week, follows the resounding success of the Cook Islands Beach Games which took place earlier this year between January 11 and 23.

The volleyball competition will start the Youth Games on Monday at the beach courts in Nikao.

On Tuesday, the 3x3 basketball games will be held at the Punanga Nui Market, followed by athletics at the National Stadium on Wednesday.

Touch rugby will be held on Thursday – the venue is yet to be decided, with Victoria Park and The Swamp being considered – followed by handball on Friday at the beach courts.

The Youth Games will feature under-13 and U18 open and mixed teams.

Keziah Lewis from the Cook Islands Sports and National Olympic Committee said the focus on the U13 competition was participation, and all who enter will receive a certificate for their effort.

“The aim is to have youth come participate and have fun,” Lewis said. In the U18s competition teams will be vying for medals for the top teams.

Lewis says the Youth Games are open to all teams – social, schools, village or district and island teams.

The daily competitions will start with the U13s followed by the U18s matches. The competition will be run by each code’s sporting federation, with starting times to be determined later, depending on the teams registered. Registrations closed yesterday.

Lewis also explained the reason behind moving some games to the Punanga Nui Market.

“We want to centralise the Youth Games and hopefully vendors and cafes in the market will also get some business from this event.”

The Youth Games will provide the Cook Islands’ U17 beach handball teams with a much-needed test run in competitive games.