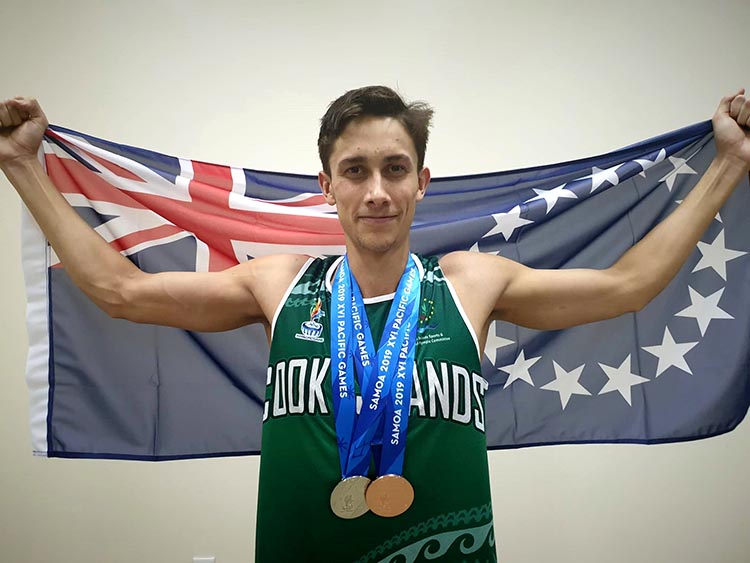 Cook Islands swimmer Wesley Roberts pictured in 2019 after a stellar performance at the 2019 Pacific Games. 20122006

Swimmer Wesley Roberts, the ‘Atiu Rocket,’ is 0.7 seconds away from qualifying for the Olympic Games next year.

Competing in the New South Wales (NSW) State Age Championships last week, Roberts recorded a time of 23.16 in the 50 metres freestyle (breaking his own record in the 2019 Pacific Games) and placed third in the finals.

Katoa says the new records set by Roberts are part of the build up and campaign for the Olympic Games scheduled for next year in July.

“Wes competed at a huge event for NSW and has managed to adjust his swimming programme due to the Covid 19 pandemic,” said Katoa.

Roberts is seven seconds away from qualifying for the Olympics next year.

A series of qualifying races all around the world continue in the coming year.

Roberts lives in Sydney and has an Olympic Solidarity Scholarship along with fellow Cook Islander Kirsten Fisher Marsters.

He participated in the 2016 Summer Olympics and claimed the nation’s first 200m freestyle gold medal at the 2019 Pacific Games in Samoa.