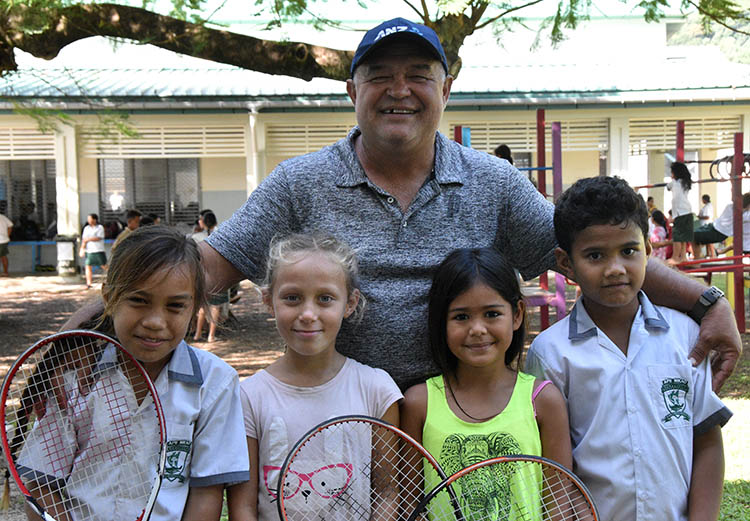 Like the other participating schools, there is a lot of talent in the Apii Nikao team, says Kajer, adding seven players in this team are fairly new to the sport.

“It will be interesting, having coached all the teams, I’m also looking forward to the tournament,” he said.

Ten-year-old Harold Browne has been involved with tennis for about a year and is excited to represent his school.

“I like tennis and it’s about having fun,” said Browne.

Nine-year-old Sophia Forsyth will also represent the school for the first time, in the 10-year-old category.

Forsyth took up tennis about three years ago.

“I feel good, I love having fun with my peers in tennis, but I’m just a bit nervous about everybody looking at you while you’re playing,” she said.

Tito Napa, 9, is also participating in the 10-year-old section. While she is looking forward to the tournament, she’s feeling very nervous and “can’t wait for it to be done”.