Wednesday 2 June 2021 | Written by Supplied | Published in Other Sports, Sports 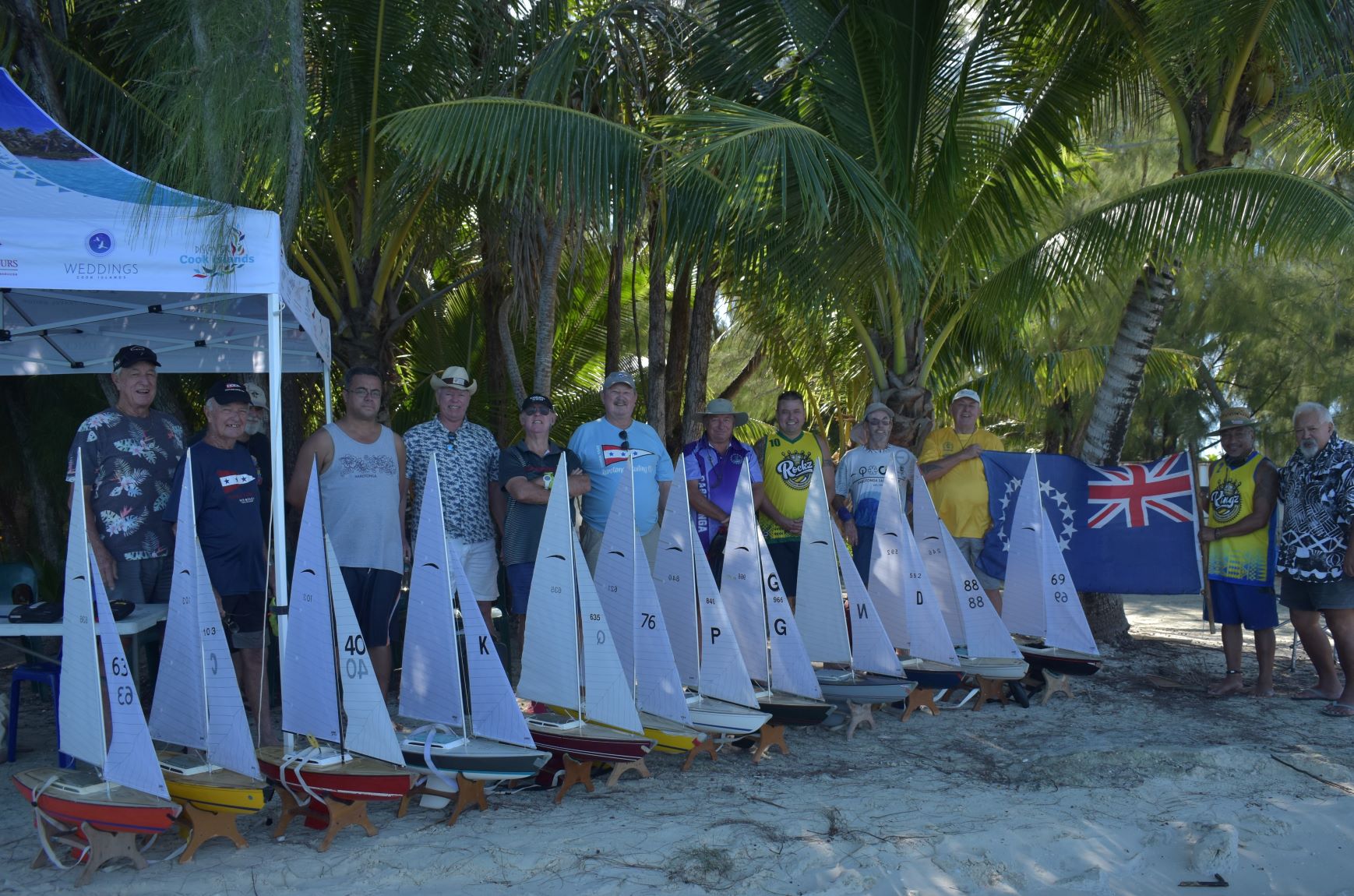 The Aitutaki vs Rarotonga Electron Challenge at Ootu beach, Aitutaki. 21060101.

Two days of picture-perfect weather allowed sailors to battle it out during the Aitutaki vs Rarotonga Electron Challenge, which was held over the weekend.

After a weekend of intense racing, Peter Heays representing Aitutaki won the event, which was held over the weekend at Ootu beach.

The weather accommodated for two glorious days on Aitutaki Lagoon for the sailing of the electron radio-controlled yachts, which are miniature versions of a real yachts.

Electron sailors and supporters enjoyed genuine Aitutaki hospitality and an exciting series of races that attracted many locals who witnessed the sailing event.

The main regatta was sailed on Saturday from Ootu Beach.

Sailors were divided into 4 colour coordinated teams and over the day an exciting round robin format was sailed to produce the final official results for the regatta.

Soon after, three fleet races were sailed that created a host of awesome on-the-water tussles between sailors that delighted onlookers.

The overall champion for the fleet races went to Des Eggelton, despite numerous protests about his top mark rounding technique.

Race officials were kept busy ensuring race preparations were conducted efficiently and all participants were soundly nourished during the event.

The hardest working official, Larry Richards, had his work cut out for him in starting and recording all the races which he accomplished with distinction and a ‘no nonsense’ policy, gleaning huge respect from the sailors.

On Sunday, the day couldn’t have been any more perfect.

The regatta contingency and supporters were treated to a day on the lagoon aboard Vaka Titi-Ai -Tonga with Captain Brendon Smith and 1st Officer Quinton Schofield Junior.

While anchored off Motu Akaiami, four races were sailed from the comfort of vaka. The events resulted in Kris Goodwin from Rarotonga winning top honours.

After the two days of racing and the compilation of all the race results by the racing committee, Aitutaki was announced the winners with 227 points versus Rarotonga’s 156 points.

The matter was settled at the Prize Giving dinner when race organisers produced evidence that the Rarotongans had agreed to sail on Aitutaki lagoon, thus under the auspices of the “Awesome Aitutaki Electron Club” race rules.

All in all, the regatta proved to be a most successful event, and after a very short deliberation a unanimous decision was reached by all sailors to stage an annual Aitutaki regatta with plans to open the challenge to include New Zealand sailors. Standout performances were accredited to new Aitutaki Electron sailors Ted Tavai and James Lockery, who both raced for the first time. Their positions on the score sheet did not display their determination, as they challenged experienced sailors at every opportunity raising the stress levels of the most veteran of the Rarotonga sailors.

The youngest sailor, Kris Goodwin from Rarotonga, showed the old salts that he was a force not to be messed with, finishing 2nd overall in the main competition and dominating the Sunday races with an outstanding performance having led from start to finish in all races.

The Farewell and prize giving dinner on Sunday evening staged at Koru Café featured a three-course dinner and refreshments.

MC for the night Peter Heays directed the evening with much pomp and décor, ultimately setting the scene for a boisterous prize giving session complete with much ebullient banter and roguish cracks between the attendees.

The final results by no means displayed the intense competition and rivalry between Rarotonga or Aitutaki. Rather, it demonstrates for many, that there is ample time before the 2022 event to hone one’s skills.

On behalf of the Awesome Aitutaki Electron Club and Aitutaki Sailing Club for making this event a reality, many ‘meitaki atupaka’s’ are afforded to the Captain and crew of the Titi Ai Tonga; Larry Richards; Karin and James Crombie of Avatea Café; Maria, Paul and Joe from Aitutaki Lagoon Resort & Spa; Nick and Team Tamanu Beach Resort; Trina and Steve of Koru Café; Air Rarotonga; The Aitutaki Community; Members of the Aitutaki Sailing Club and Aitutaki Escape.