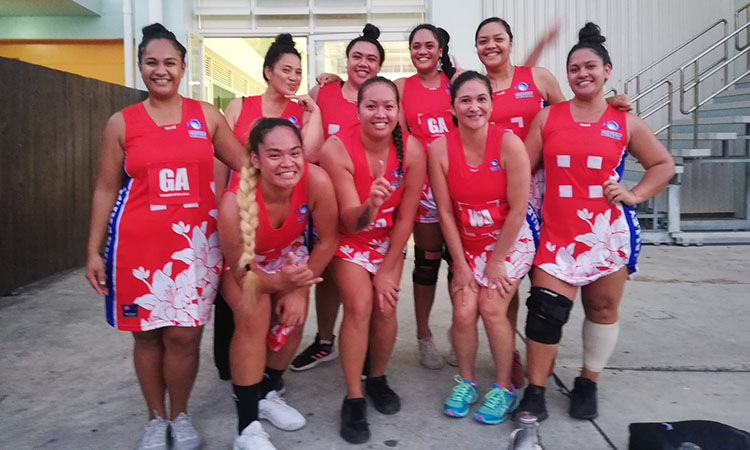 Takuvaine made a clean sweep in the Rarotonga Netball Club Competition open division, winning the open 1 and 2 titles on Wednesday night.

The ladies from the Happy Valley put on strong performances to claim the open 1 and 2 titles in closely contested finals at the National Sports Arena in Nikao.

In the open 1 final, Takuvaine defeated Avatiu 31-21 while in open 2 showdown the side overcame Arorangi 32-31.

Ngatangiia Matavera and Avatiu were the round winners in open 1 and 2, respectively. Takuvaine stunned them all after an impressive show from the knockout round through to the final.

The open 2 final started with a hiss and a roar. Arorangi shot into the lead in the first two minutes while Takuvaine tried to find their feet on court.

Rolling subs – a rule introduced to this year’s competition and one that all players enjoy – was used strategically by Takuvaine to cause havoc on the defensive end and provide some flow.

The match ended 26-all at full time.

Takuvaine managed to score the winning goal in the last 20 seconds of the match. Arorangi managed to cause a turnover and could have levelled the match but time was not on their side.

Takuvaine made a solid start in the open 1 final, managing a five-point lead in the first three minutes.

Despite bringing in reinforcements, Avatiu couldn’t cause turnovers from a well-oiled Takuvaine attack with shooter Antiana Tupa shooting at 90 per cent on the night.

Tumanava Wilmott provided some cool, calm and collected vibe for Takuvaine, and Anna Savage, Leah Tumutoa, Robyn Masters and Takuvaine president Aramoana Mataroa worked together to ensure the ball got through to their shooter.

There was also some impressive defending from Margaret Teiti, Shona Kirikava, Annie Tearetoa and Linda Dun who had a combined 10 tips and intercepts.

Prizegiving was held after the games, where Daphne Brown (Takuvaine) presented the prizes to all teams followed by platters for all to enjoy.

The rest of the finals will be held tomorrow at the Sports Arena, starting at 11am.