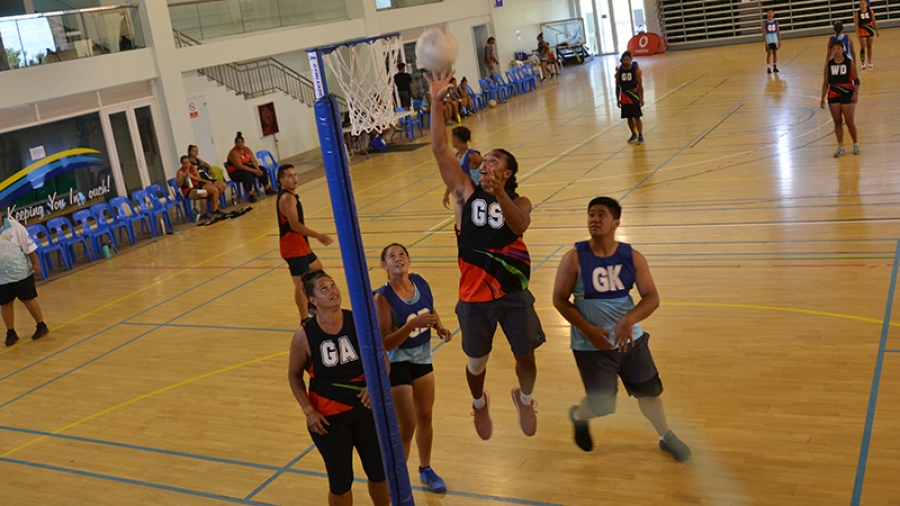 Island pride and local support drew out new players during Cook Islands Games 2020. The challenge now is to develop talent for the national team.

Maui says: “The key to this happening though would require full commitment to pathways from all parties; Netball Cook Islands, Member/Clubs, and local players.”

“We have a lot of potential future stars for Cook Islands. There were the known ones who are already identified and in the current talent pool for Netball Cook Islands both senior and future stars.

“However, a highlight for Netball Cook Islands during these games was how the island pride and support drew out additional players who we would not normally see within the local club competitions.”

Maui said the northern group teams brought fun and laughter to the games and she believes this is where “participation numbers” would have increased in terms of non-netballers taking the court - this was seen in all categories including some of the Southern Group teams.

“You could say when watching the games, it seemed like the humble, let’s just play northern group teams vs the competitive and aggressive southern group teams so a good mix of games was on display.”

The Netball Committee is happy with the success of the Cook Islands Games and the Netball Competition itself and thanks the Minister for Sport Vaine Mac Mokoroa, President of CISNOC Hugh Graham, Secretary General Owen Lewis and CISNOC team, the Federations, the sponsors and the islands for wholeheartedly supporting and getting behind the event.

Meanwhile, Maui said at this stage nothing is planned for the remainder of the year as the Cook Islands Games for Netball Cook Islands was the replacement for the cancelled annual event (due to Covid/travel restrictions).

This year would have been the ninth BSP Netball In Paradise games which runs over five days in December whereby up to 40 teams from New Zealand, Australia and the local teams are a part of.

However, she says that the committee is quite equipped and ready to be able put on a local competition over the next months, should there be a call for it from the netball community.

Netball Cook Islands’ priority now is to get ahead in the planning of their calendar of events for 2021, and this includes the delivery of the PSP NetGo - Foundation Coaching Programme to the Outer Islands.

Maui said this programme is open to anyone interested or keen to develop themselves to becoming a coach, and Netball Cook Islands is looking forward to delivering this part of its calendar.

“Could be the space to watch out for come next games!”