Clash of the titans battle in netball 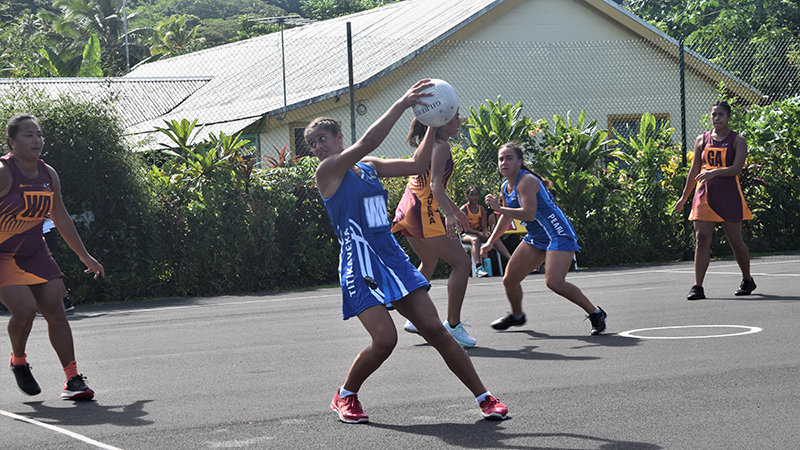 The Avatiu versus Titikaveka clash will feature some young and upcoming players. 21031309

Undefeated Avatiu and Titikaveka will battle in the feature premier match of round three in the Rarotonga Netball Club Competition, today.

The two teams have won their matches in the opening two rounds and today’s match will determine who takes the lead in the weekly competition.

Host Avatiu is wary of the challenge from Titikaveka but club official Edith Nicholas said they are ready for the battle.

“We have had good performances against Ngatangiia and Tupapa. We are happy with our games so far but against Titikaveka this week, it will be a different ball game altogether,” Nicholas said.

“We always like playing against a top side like Titikaveka because it brings the best out of our players especially given development is our major focus.

“We are filling up to 10 teams, we have well exceeded our qualified numbers to take the court and even have 17 players who are registered in six and under grade. This reflects our club’s goal of developing netball from the grassroots level and we appreciate the parents who are supporting us in this cause.”

The Avatiu premier side will be led by Marjorie Toru upfront while Nana Manuela will guide their defence.

Titikaveka will be led by the likes of Alanna Smith, Annie Matenga, Eri Short and Maeva Carr.

Smith is anticipating a physical challenge from arch-rivals Avatiu.

“I think definitely with two games under our belt we have gained some confidence and we are looking forward to this match,” Smith said.

“It’s also good to see there is an even balance in the competition.”

The matches will start with age group competition at 11am. The premier match will kick off at 3pm.