All eyes on impressive Avatiu 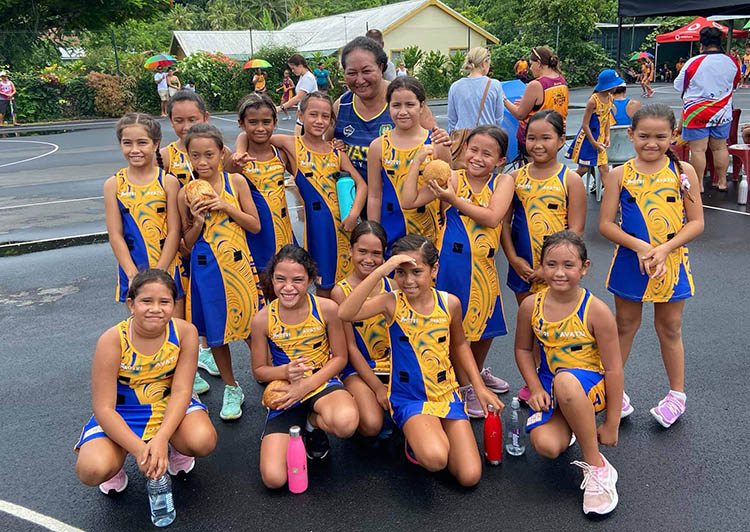 An intense knockout round over the weekend has set the platform for another exciting week of the Rarotonga Netball Club Competition this weekend.

Avatiu Netball Club will be eyeing for a clean sweep after making it through to the semi-finals in all grades.

Today at the National Sports Arena, the side will feature in the Open 1 and Open 2 semis against Ngatangiia Matavera and Takuvaine respectively.

In all the grades except Open 1 and Reserves, Avatiu directly qualified for the semi-final after finishing in the top two.

Other teams battled it out in a knockout round on Saturday to book their spots in the semis.

She also congratulated teams who featured in the knockout round which saw an intense battle.

“It also saw the first ‘two’ extra time played out. First in the Open 1 match on Wednesday between Tupapa and Titikaveka. Louina Trego from Titikaveka scoring on the buzzer to draw in normal full time. This meant the teams had to play an extra two halves of seven minutes to determine the winner. Tupapa eventually winning the game by seven points in extra time,” Moeka’a said.

“The second extra time match was played on Saturday in the 8U grade between Nga/Mat and Arorangi. The match of the week ended in 4-all. During extra time, Nga/Mat (placed sixth after the two rounds) caused an upset and now progressing to the semi-finals.”

In the much-anticipated premier grade, Takuvaine and Arorangi battled tooth and nail in a close match.

The tit-for-tat match had the supporters on the edge of their seats.

“It was so close we could have had another extra time. In the last two minutes, Arorangi shooting combo Latisha Mataora and Anna-Marie Heather kept composed under the hoop and Arorangi defenders Stephanie Nooroa, Rima Browne and Jordayn Matutu caused havoc. Takuvaine fought to the end and saw some quick plays to try draw even with Arorangi. Unforced errors proved costly for Takuvaine.”

On behalf of Netball Cook Islands, Moeka’a thanked the umpires and bench officials for playing “a valuable role in ensuring games are officiated at a high standard, noting it is all voluntary”.

“The semi-finals will be even more intense. Come and support your club.”