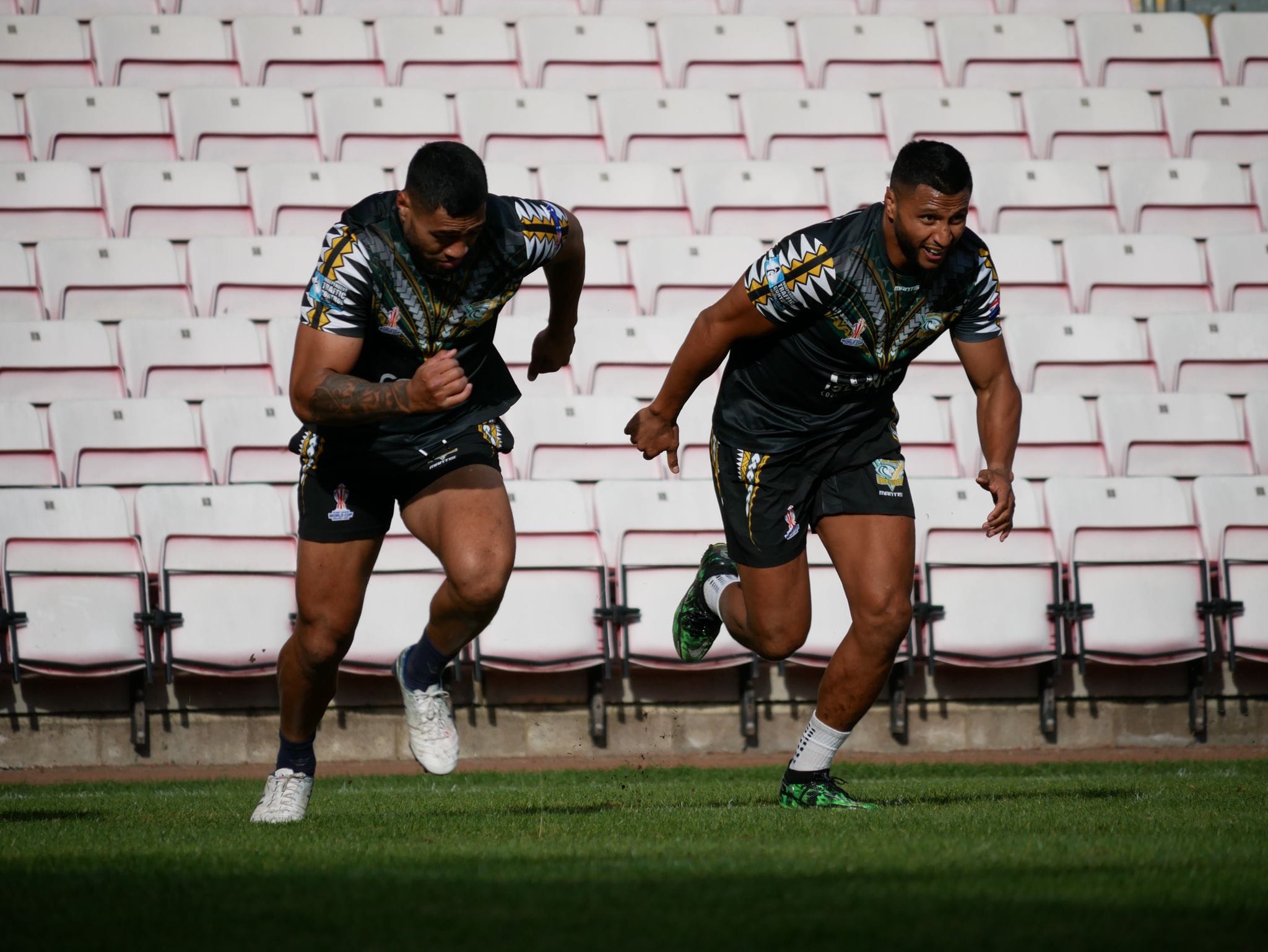 Cook Islands rugby league side is excited and brimming with confidence ahead of their opening Rugby League World Cup match against Wales tomorrow at 8.30am (Cook Islands time).

The Kukis are heavy favourites in the Group D fixture to be played at the Leigh Sports Village Stadium in Leigh.

Cook Islands will miss the services of Dylan Napa who is suspended for two games and will not be available until the match against Tonga.

Coach Iro told Cook Islands News: “Preparation has been good. It has been an extended build up because we are the last pool game of the first round, but because we did not have a warm up game it has proved beneficial.”

“There are plenty of senior players here who have helped drive the standards and intensity at trainings and the boys seem ready to go.

“It was a difficult team to pick as everyone has trained well but we feel this is the best combination of players for the start of the tournament.”

Cook Islands and Wales last met in the 2013 Rugby League World Cup where the national side won 28-24.

Iro said the Welsh will be tough opposition.

“They have an experienced coach who will have them primed, and like us, they are a proud nation who will give everything for their jersey. It will be a great test,” he said.

“We have had plenty of social media support but certainly the people of Middlesbrough have been generous hosts and have enjoyed the Cook Islands being in town.”

Wales coach John Kear told Love Rugby League: “An incremental goal for us would be to win a game. We didn’t get out the group stages in 2013 and 2017, we didn’t even qualify in 2008, so if we pick up a win, then you never know what happens to a player’s confidence and belief.”