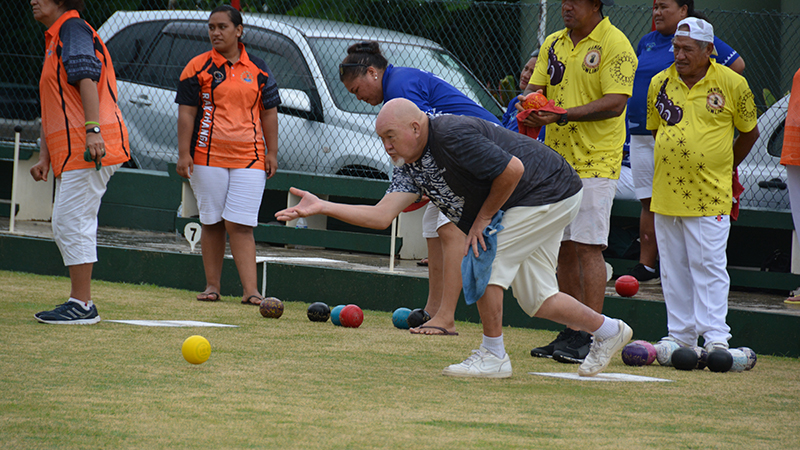 The National Bowls Fours final will be held at the Rarotonga Bowling Club this afternoon. Photo: LOSIRENE LACANIVALU / 21030706

An exciting competition is expected in the Cook Islands National Bowls Fours finals this afternoon.

A new winner will be crowned in the women’s division at the National Bowls Competition this afternoon at Rarotonga Bowling Club.

This after defending champions Mauke lost to frontrunners Rakahanga in the Women’s National Fours semi-final this week.

Competition coordinator Jason Lindsay said Rakahanga have once again shown the strength of the women in their club.

Lindsay said the side came through section play hardly breaking a sweat before taking the scalp of a formidable Mauke team skippered by Tereapii Urlich.

In the second women’s semi-final, Arorangi Bowling Club led by Ana Kairua defeated Cook Islands Games gold medallists Atiu in the match of the evening which was decided in extra end of play. Atiu was skippered by M Teipo.

Lindsay said Arorangi showed grit, skill and determination to fight their way into the grand final.

Arorangi will take on Rakahanga in the final while Mauke will battle Atiu in the third-place playoff.

In the men’s competition, Arorangi and Atiu Bowling clubs have made it through to the final.

Lindsay said: “In the first men’s semi-final, it was great to see that although it’s not the same team (defending champions), Arorangi Bowling Club proved strong by reaching the final of this year’s National Fours.”

“In the quarter finals played earlier in the week, this team from Arorangi outclassed last year’s National Fours winners, also from Arorangi Bowling Club, to progress to the semi-final.”

In the semi-final, they played outstanding conversion and draw shots to overcome Cook Islands Games gold medallists Mauke to book a spot in the final.

In the second semi-final, a strong Atiu Bowling Club team skippered by N Teipo managed to run away with an early lead which they were able to sustain over the Rakahanga side skippered by P Tangata.

“Arorangi Bowling Club showing how strong they are to have finalists in both the men and women's divisions,” Lindsay said.

“We expect to see some fantastic bowls played with all teams starting to peak just in time for the final.”

The finals will start at 3pm.