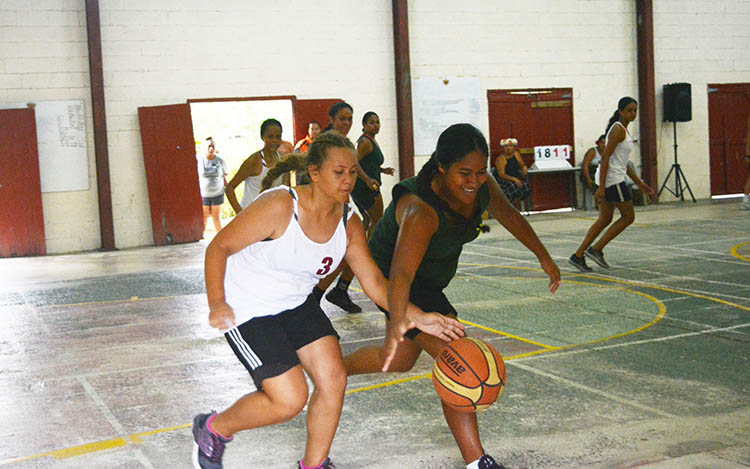 Northern Stars have won both the U16 Boys and Girls 5X5 Avaiki Basketball Competition.

The Stars just kept scoring until Eastern Heats realised, they were far behind. They made a comeback scoring eight points to cushion the deficit. However, in the end there was a seven-point margin and North won 32-25.

Vano, who also coached the East side, said he encouraged his team to look forward to 2021 competition.

In the U16 Boys, Vano said the North side was expected to start the game on a high note but Southern Express fought back and kept neck to neck on the scoreboard.

In the last five minutes of the game, the North made a good point lead and won 36-22.

In the open women, while much anticipation was on the Northern Stars to win, the Western Knights took advantage from the start of the game.

By the time North realised, the Knights were too far ahead. Experienced basketball player and coach Rex Valoa used his experience to run out the clock and used the time to their advantage, said Vano.

In the open men competition, Northern Stars was leading 10-0 in the first half when Southern Express bounced back.

Vano said the Stars side got too comfortable during the game, giving Southern Express space to bounce back.

Vano said they were happy with the whole tournament and the support given.

He congratulated all the players, teams and coaches for an excellent season. Vano also acknowledged Ministry of Internal Affairs (SIF), Te Kōrero o te 'Ōrau, Rex Valoa Family, Frances Wigmore-Valoa, Papaaroa Adventist School and Brian 'Mat Man' Morgan for their support. Next year, the Avaiki Development will host two seasons and will also include U19 teams.