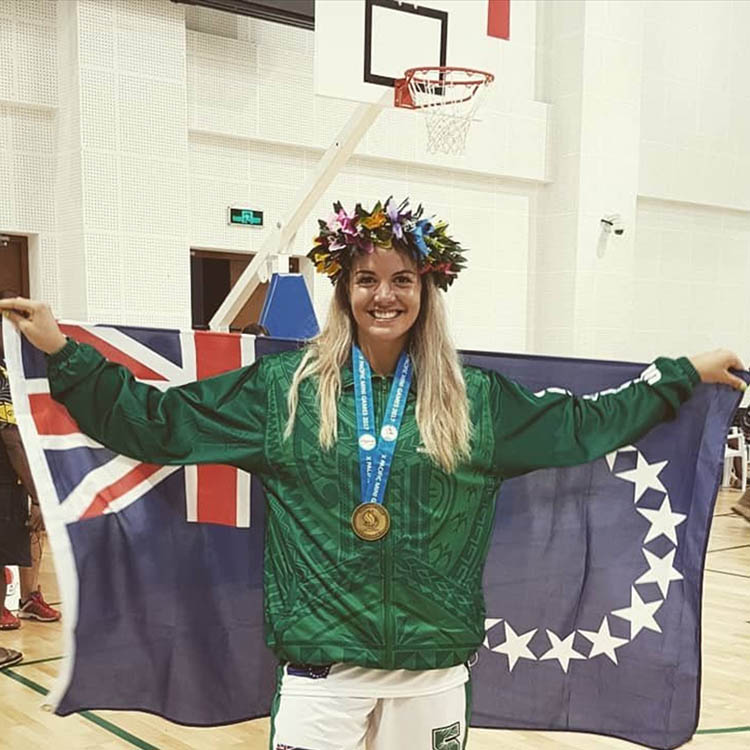 The Platinum Homes Harbour Breeze reigned supreme in the six-team NBL cast with a sweep to the finals against Waikato Wizards (70-59) last month but Elia, Sapoaga, Pilitati, and Whippy certainly made names for themselves and for their respective nations back home.

Both Sapoaga and Whippy with Pilitati towed Otago Gold Rush and Capital Swish to the semi-finals, respectively, while Elia delivered a solid performance despite Canterbury Wildcats’ early exit in the elimination round.

Elia normed a near double-double of 8.8 points, 10.0 rebounds on top of 1.8 assists and 4.5 steals for the Wildcats who failed to go deep into the playoffs with a 0-5 campaign.

All tournament long, Sapoaga for her part played a vital part for the Gold Rush, scattering averages of 9.7 points, 5.2 rebounds, 5.0 assists and 1.5 steals.

Sapaoga was awarded the Youth Player of the Year for her impressive performance throughout the campaign.

Her showing included an all-around 7-point, 3-rebound, 4-assist, and 5-steal statline as the Gold Rush fell just short of booking a championship ticket with a close 63-68 defeat against the Wizards.

Pilitati played in five games for the Swish as part of the regular rotation averaging 15.6 minutes per game rounding out her stats with 3.4 points, 0.6 rebounds, and 0.6 assists per game.

“It’s been a great experience playing in the league! Placing in the top 4 is an amazing achievement for our team after being promoted from Division Two last year. It’s been awesome to play with and against some of the best basketball players in New Zealand and I can’t wait to see this competition grow over the years to come,” Pilitati shared to FIBA.basketball.

But her teammate, Whippy stood the tallest and flew the Pacific flag performing admirably well on the big stage while also being named to the tournament’s All-Star Five of the tournament.

Whippy’s leadership anchored the Capital to the Final Four before bowing to eventual champion Breeze, 64-77.

But even there, Whippy would not be stopped leaving an imprint for the Swish as she held her ground against the unbeaten and powerhouse Breeze following a 17-point, 12-rebound output including six assists and whopping five steals.

These players have leaped into the big game with no less than their nations printed across their chest and their flags hovering – not only over the Pacific but also around the globe.