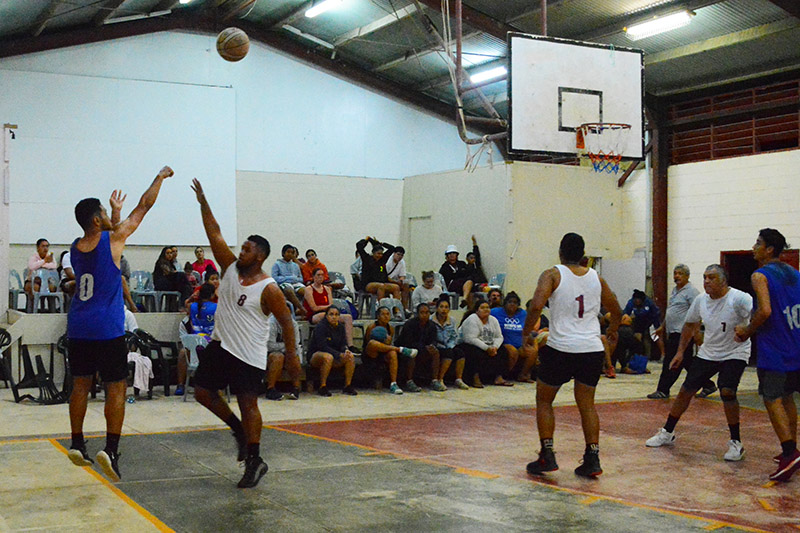 The Avaiki Basketball Tournament saw a slamming night of semi-final games take place on Wednesday last week at the Papa’aroa Hall. Every team fought aggressively, desperate not to be eliminated and to make it into the top eight teams who will play at tonight’s finale of the basketball season.

The tournament - which ran its first basketball season under the basketball committee last year - was established by John Engu - president of the committee - in an attempt to develop basketball after it proved to be quite popular among youth at the 2020 Cook Islands Games.

The 2021 tournament is now in its eighth and final week, and has served as an unofficial basketball season set up by the independently run basketball committee to develop basketball where the official Basketball Federation had been inactive in doing so.

“We are about development, and want to focus on new younger players and bringing them back season after season,” Engu said.

The semi-final games last week saw plenty of unexpected wins and losses from both younger and more advanced teams.

“There were good fights because everyone knew if they lost, they’d be knocked out of the finals,” said Engu.

He shared the highlight game of the night went to the Under 16 East vs South girls who battled it out into overtime.

A game that could have been anyone’s, resulted in sudden death to South. Another turnaround game was the North minor premier men’s team who were unexpectedly beaten by the Under 16 boys team.

Engu said it always boils down to the team who want it the most, as the end of the season approaches.

“You can play well during the season but once it comes to crunch time, the character of the team really shows and the depth they can go to,” he said.

He said there has been improvement and development within the sport as a whole over the past several weeks, including players, coaches and referees, “who are just beginning to find their quick feet within the game just as the season is coming to a close”.

“We want pace and momentum, not just reaction,” said Engu.

The final games of the season, taking place tonight will feature teams who have strived particularly hard to improve and push themselves throughout the season.

Trophies will be awarded to the highest placing team as well as the runners up, with prizes also given out to most valuable players for every age division.

“Good players are coming up who have shown promise and need to be nurtured further.

“Young players need to be challenged,” Engu said, adding they will “definitely show how they will step up to that challenge at tonight’s big final games”.