Onward and upward for badminton in 2021 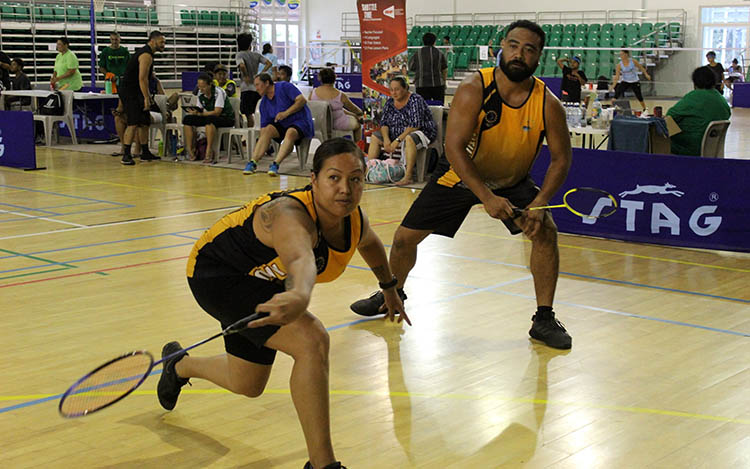 2020 has been a good year for Badminton Cook Islands ending on a high note with the Open National Badminton Championship 2020. Photo: BADMINTON COOK ISLANDS. 20122102

Badminton Cook Islands has had a positive year with an increase in the number of players taking part in competitions.

Thomas Ngauru, Badminton Cook Islands president, has acknowledged all their supporters, sponsors, families and friends for being part of their competitions throughout 2020.

Over the weekend, the Open National Badminton Championship 2020 ended on a high note.

Ngauru said the championship took place over a week and it had the biggest turnout.

With so many competitors it was their biggest event.

He acknowledged the Indonesian community for being part of the competition as well as Te Pa O Te Rangi Tupa, who is 12-years-old and was the youngest to take part and win the Open Women’s National Singles.

Ngauru said nothing is planned for the end of the year, but social games will continue.

“It has been a crazy year, but really good, the number of people playing badminton has increased from juniors, beginners and adults,” he said.

He said working hours and Covid may have contributed to having people joining the sport especially seeing that there has been an increase of Indonesian players too.

“Badminton Cook Islands wishes everyone a safe and Merry Christmas.”