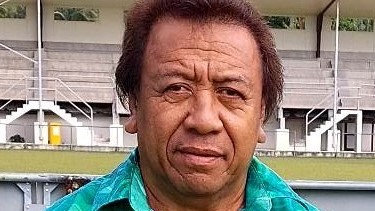 Tiraa Arere is the newly elected President of the Cook Islands Football Association (CIFA) for the next four-year term from 2022-2026.

The meeting commenced with the 2021 Activity Report presented by former president Allen Parker, which highlighted the football activities in the Cook Islands during the past year.

Following the activity report, the 2021 Financial report was presented. The proposed amendments to the statutes were voted on and supported by the members.

The election of office bearers for the period of 2022-2026 also took place and the successful candidates under the presidency of Arere are as follows: Moeroa Tamangaro voted as Vice President, treasurer Teina Savage and executive committee members are Grover Harmon,

Arere acknowledged the hard work and support given by the Executive Board Members and the members of CIFA and looks forward to working with the existing and new members for the next four years.