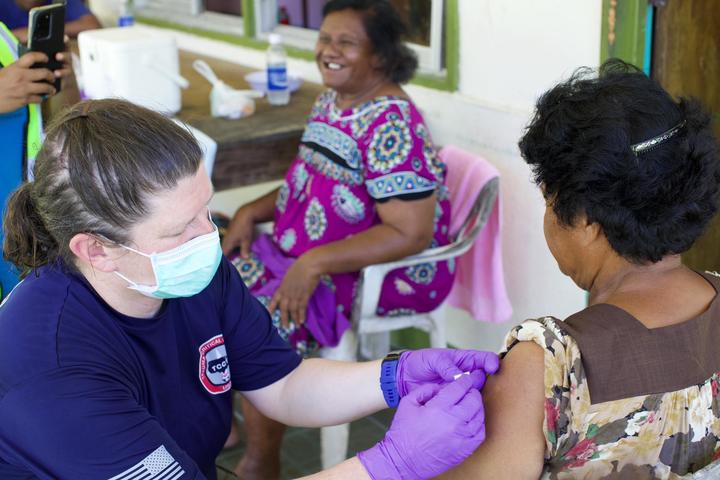 Palau has recorded its first case of Covid-19 - a vaccinated person who had arrived from Guam and had tested negative for the virus.

The government said the person had arrived in the country from Guam on May 9, fully vaccinated and had two negative polymerase chain reaction (PCR)​ tests prior to boarding the flight.

The person had also tested negative three times, but tested positive on Day 21 of quarantine, the government said.

But it said this case has a low risk of infecting others.

He said those who had been in contact with the patient, including travel companions, had been placed in quarantine.

So far close contacts who had been tested have returned negative results, Uherbelau said.

He urged the public to be patient as contact tracing continued.

"If during the investigation process, they determine there's a need to disclose a list of establishments that was visited, they would do so."

According to President Surangel Whipps Jr, 97 percent of Palau's adult population has been vaccinated.

Addressing the nation, he said that was about 70 percent of the island nation's total population.

"We need to understand that we need to move from covid free to Covid-19 safe.

Thane Hancock, of the Centers for Disease Control and Prevention, is in the Federated States of Micronesia, and praised Palau's covid procedures which he said went beyond CDC recommendations.

Dr Hancock said the Health Ministry's processes of quarantine and testing at three different stages were "performed in an abundance of caution that will go a long way to protecting the community".

Meanwhile, Palau aims to vaccinate children between ages 12 to 17, according to the health ministry.

Sherilynn Madraisau, the Director of Palau's Public Health, told reporters that they are awaiting their allocation from the United States CDC, which they are hoping to receive later this year.

"Most likely we will receive our allocation in December," she said.

She said that the Pfizer-BioNTech vaccine for children had been approved for emergency use by the Food and Drug Authority (FDA) adding that Palau would most likely administer Moderna vaccines to the younger population when it gets approval for use.