UN Ocean Conference 2022: Ocean pollution like all forms of pollution must be prevented 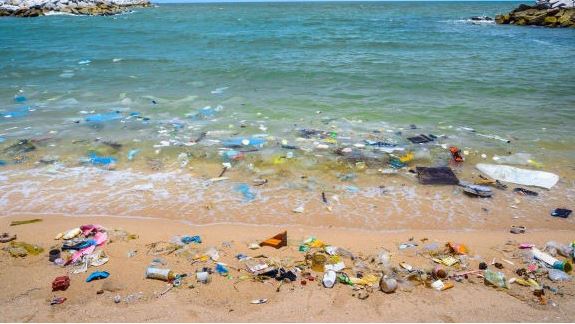 Opinion - Our Ocean is the planet's largest ecosystem, regulating the climate, and providing livelihoods for billions. But its health is in danger, writes Anthony Talouli, Director of Waste Management Pollution Control of the Secretariat of the Pacific Regional Environment Programme

The UN Ocean Conference in Lisbon, Portugal will be an important opportunity to redress the damage that humankind continues to inflict on our marine life and livelihoods.

Our Pacific has had traditional significance from time memorial. It has been a considerable part of our past; it is a valuable element of our present and will remain an important component of our future.

Despite the importance of a healthy Pacific Ocean, the mounting evidence is clear that this unique ecosystem is in peril from human-caused threats such as overfishing, habitat destruction, pollution, and probably the most severe threat of all, climate change and resulting rising sea level.

While ocean pollution is a complex mixture of mercury, plastic waste, manufactured chemicals, petroleum wastes, agricultural runoff, and biological threats, like harmful algal blooms, our lens in this column is on one of our most common forms of persistent marine debris - plastic.

I repeat plastic marine debris is one of the most pressing issues in marine ecosystems. We are given the horrific signs, and the shocking statistics now, so we can make a change for the better.

We still have time

An estimated eight million metric tons of plastic are added to our ocean annually, including 236,000 tons of microplastics equivalent to more than one garbage truck of plastic dumped into our ocean every minute.

It is estimated that there are 5.25 trillion pieces of plastic debris in the ocean, 229,000 tons floating on the surface, and 4 billion plastic microfibers per square kilometre of litter in the deep sea. The trillions of plastic pieces in our ocean formed five massive garbage patches, including the Great Pacific Garbage patch which is larger than the size of Texas.

The plastic isn't contained in our ocean either, it is in the air and foods we eat to the point where each person is estimated to consume a credit card worth of plastic every week.

Most of the plastic entering the waste stream ends up improperly disposed of, or in landfills. Plastic use today is virtually unavoidable, and it will continue to be a problem until we re-design and transform our relationship to plastics and offer sustainable alternatives to plastics.

Plastic is everywhere, an essential component in cars, planes, and spaceships but also in countless mundane products such as deodorant canisters, razors, and food packaging. Modern life is inconceivable without it. But the astonishing amount of plastic has a massive and accelerating environmental impact on both our land and ocean.

People throw their food containers into the recycling bin instead of the trash bin when they are finished with them. But only a small percentage of plastic waste is recycled. The rest piles up and makes its way into the ocean or gets burned, which produces greenhouse gas emissions. This is partly because most people do not recycle vigilantly. A larger problem is that it is often simply cheaper to buy "virgin" plastics rather than recycled material.

We have a battle ahead as the plastics industry objects that it is doing enough without the government nudge, investing in advanced recycling technologies because major corporate customers demand more sustainable materials.

For decades, the industry has been allowed to produce a material that has a substantial environmental impact that is not reflected in its cost. This is an implicit subsidy that is causing increasingly severe ecological problems.

Our Pacific Islands region has agreed to the Cleaner Pacific Framework 2025, developed by our Members, as the way we will address waste and pollution in the Pacific region. The Secretariat of the Pacific Regional Environment Programme is committed to ongoing work with our members and partners for sustainable and cost-effective solutions to our Pacific waste management challenges.

As such, SPREP, with our Pacific Island Members and many other partners and organisations are working with our Waste Management and Pollution Control programme. Together, we have a portfolio of projects that are helping "make things happen" for our Members - contributing to the improvement of sustainable waste management and pollution control in the region.

While current threats to the Pacific Ocean have been identified and acknowledged at international conferences, the challenge remains to gain political buy-in from global leaders to opt for more sustainable solutions in the future.

We are on the cusp of making a real difference at the global level, now working on negotiating a legally binding global instrument to be in place by 2024 to end plastic pollution.

There is an urgent need for decision-makers to understand that it makes economic sense to avoid the costs that arise from environmental degradation and to continue being able to profit from ocean resources.

As our Pacific Ocean is under the global microscope this week at the UN Ocean Conference in Lisbon, Portugal, it may be time to reflect on what changes we can all make, as a global community, to protect our ocean. We want more fish and less plastic by 2050. We want a Clean Pacific Ocean.

Let's take the first step together to make a difference. Let's all say no to single-use plastic.