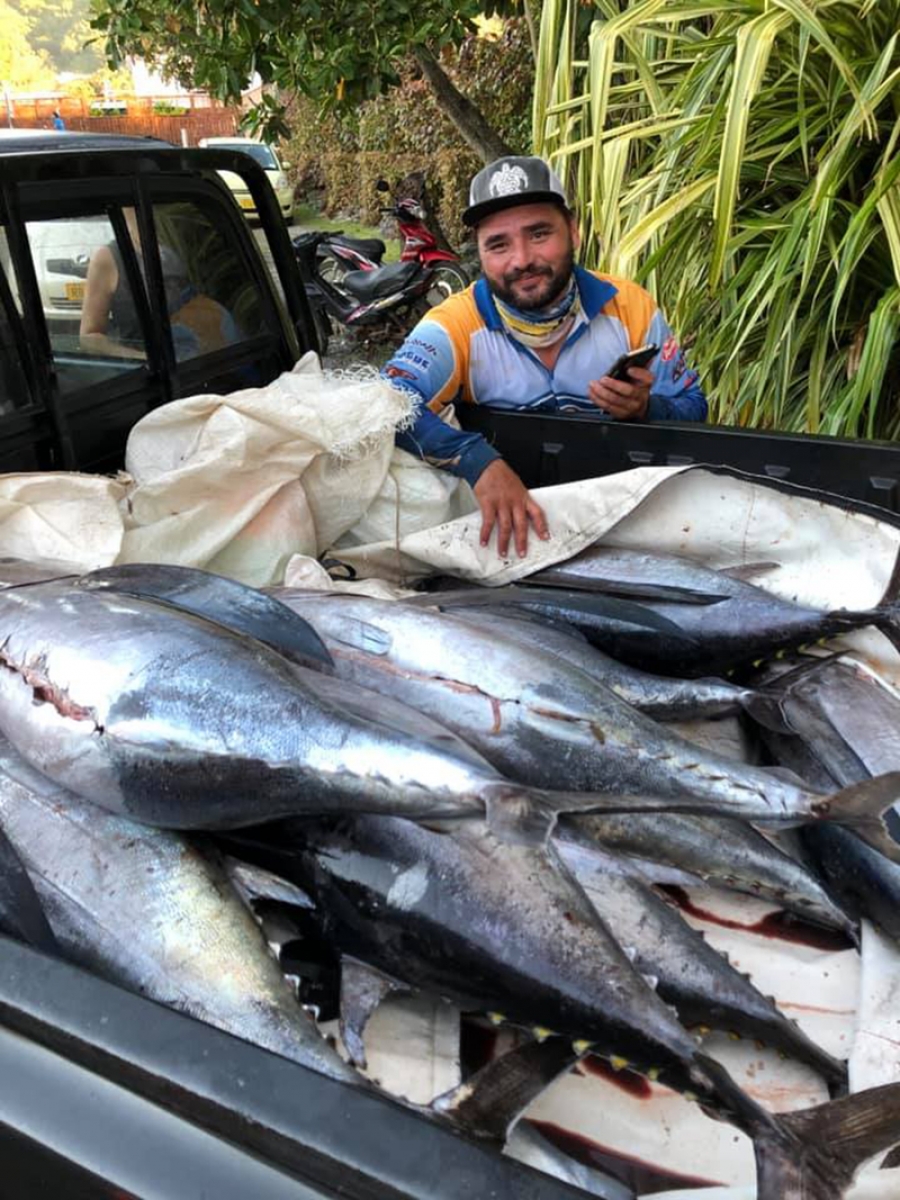 Some Cook Islanders have reverted to fishing for their livelihoods following the Covid-19 pandemic.

A study into impact of Covid-19 on tourism-deprived examines four aspects of well-being: mental, financial, social and physical.

Tourism in the South Pacific has been hit hard by Covid-19 border closures with thousands of people out of work.

Tourism normally provides one in four jobs in Vanuatu and one in three jobs in Cook Islands. It contributes between 20 per cent and 70 per cent of the GDP of countries spanning from Samoa and Vanuatu to Fiji and Cook Islands.

But our research shows how people are surviving – and in some cases, thriving – in the face of significant loss of income.

This is due in part to their reliance on customary knowledge, systems and practices.

The research involved an online survey completed by 106 people, along with interviews in six tourism-dependent locations across five countries.

Research associates based in these countries did interviews in places such as villages next to resorts, or communities that regularly provided cultural tours for cruise ship passengers.

They spoke with former and current tourism workers, community members and business owners who reflected on how they had adapted and what they hoped the future would hold.

Almost 90 per cent of survey respondents lived in households facing significant reductions in income. Owners of tourism-related businesses faced particular financial strain, with 85 per cent of them saying they lost three-quarters or more of their usual income.

But people showed considerable adaptive capacities and resilience in devising a range of strategies to meet their needs in the face of this dramatic loss of earnings.

More than half the respondents were growing food for their families. Many were also fishing. People talked about using the natural abundance of the land and sea to provide food.

One person from Rarotonga, part of the Cook Islands, said “no one is going hungry” and this was due to a number of factors:

·         people had access to customary land on which to grow food

·         traditional systems meant neighbours, clan members and church communities helped to provide for those who were more vulnerable

·         there was still sufficient knowledge within communities to teach younger members who had lost jobs how to grow food and fish.

One young man from Samoa, who had lost his job in a hotel, said: “Like our family, everyone else has gone back to the land … I’ve had to relearn skills that have been not been used for years, skills in planting and especially in fishing … I am very happy with the plantation of mixed crops I have now and feeling confident we will be OK moving forward in these times of uncertainty.”

People also engaged in a wide range of initiatives to earn cash, from selling products from their farms (fruit, root crops, other vegetables, cocoa, pigs and chickens) and the sea (a wide range of fish and shellfish) to starting small businesses.

Examples included planting flowers to sell in bunches along the roadside, making doughnuts to take to the market, or offering sewing, yard maintenance or hair-cutting services.

Goods and services were also bartered, rather than exchanged for cash.

Sometimes social groups banded together to encourage one another in activities that earned an income. For example, a youth group near the resort island of Denarau, in Fiji, gained a contract to provide weekly catering for a rugby club.

Our study also examined four aspects of well-being: mental, financial, social and physical. Understandably, there was a clear decline in financial well-being. This was sometimes associated with greater stress and conflict within households.

But the impacts on social, mental and physical well-being were mixed, with quite a number of people showing improvements.

Many people were effusive in their responses when talking about how they now had more time with family, especially children. This was particularly the case for women who had previously worked long hours in the tourism sector. As one said: “I feel staying (at home) during this pandemic has really helped a lot, especially with my kids. Now everything is in order. The spending of quality time with my family has been excellent and awesome.”

Others expressed satisfaction they had more time for meeting religious and cultural obligations. As one said, “everyone is more connected now”, and people had more time to look after others in the community:

Extended family harmony has improved, particularly with checking welfare of others who may need help during this time.

Business owners appreciated the chance to “rest and recharge”. As one Fijian business owner said:

This break has given us a new breath of life. We have since analysed and pondered on what are the most important things in life apart from money. We have strengthened our relationships with friends and family, worked together, laughed and enjoyed each other’s company.

These early research findings suggest customary systems are effectively supporting people’s resilience and well-being in the Pacific. A Pacific ethos of caring, respect, social and ecological custodianship and togetherness has softened the harsh blow of the COVID-19-induced economic slowdown.