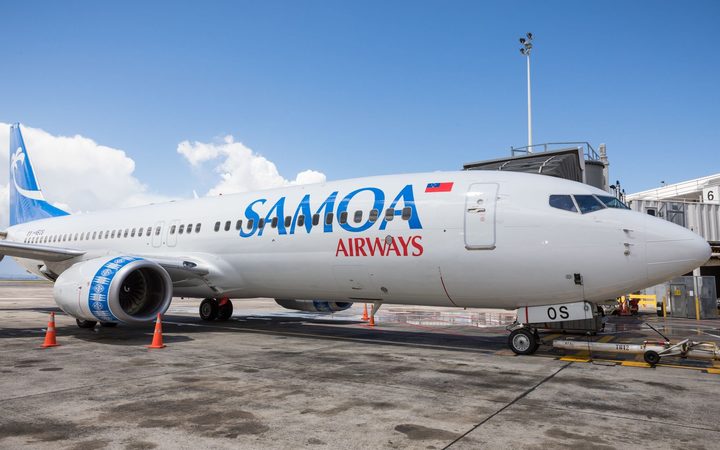 Samoa Airways is hoping to have its delayed annual report to the Ministry of Public Enterprises before the end of October.

The government has announced an investigation into the cash-strapped national airline.

The Minister of Public Enterprises, Leatinu'u Wayne So'oialo, is chairing a special Cabinet committee looking into the missing financial statements.

The ministry reported in August the airline had lost more than US$14-million over the last two financial years due to the closed borders.

In a statement the company said it has been hampered by a lack of staff since the pandemic began.

It said it has been operating with just 15 percent of its normal staffing following mass layoffs.

And Samoa Airways said these people have been working full time on half pay.

Airline management said they are continuing to work closely with the Ministry of Public Enterprises.

Thirty Samoan sailors have left the country to resume work on ships abroad.

The Samoa Shipping Service continues to place sailors on ships since the mass repatriation at the beginning of the Covid-19 pandemic early last year.

He said 191 sailors were now working on cruise ships and 26 work on freighters.

Lautimu'ia said many sailors had written requesting for work as the economic situation deepens in the country.

He said his office started looking for work and by end of June they had placed 200 sailors with companies overseas.

Tongan brothers killed in US city

Two Tongan brothers were shot dead in the California city of Oakland at the weekend.

The 21 and 26 year olds were found with gunshot wounds but no other details have yet been made public.

Oakland is experiencing a surge in violence and reports of the latest deaths came as a church-led community group was holding a vigil to highlight the issue.

The communities are seeking support from California Governor Gavin Newsom to counter the gun violence.

As a career diplomat, Darlow has been New Zealand's senior official for Pacific regional processes, including the Pacific Islands Forum.

Nicola Simmonds is to become High Commissioner to Vanuatu.

She has also had experience across the Pacific and in development, with posts in Solomon Islands, and been the Wellington-based high commissioner to Nauru.

According to Mahuta, "sustaining our diplomatic networks are more important than ever as we collectively combat Covid-19".

One of the Papua New Guinea's founding fathers, Sir Pita Lus, has died in East Sepik.

Sir Michael, who died earlier this year, credited Sir Pita as being a guiding figure for him.

Sir Pita was a champion of workers' rights and and a long-time national MP who was active in politics until this year.

The Solomon Islands government is seeking to make sim card registration in the country mandatory and set an age limit on who can purchase sim cards.

The Telecommunications (Amendment) Bill 2021 passed its second reading in the house yesterday and appears before the committee of the whole house today.

If passed only persons 15 years and older will be able register to purchase a sim card.

Agovaka also sought to allay fears about how secure people's data will be.

"We will come up with the regulations to regulate the confidentialities, also the use of those datas," he said

The Commissioner of Samoa's Fire and Emergency Services Authority is warning people against burning rubbish.

Temperatures are high and the country is facing drought conditions that are ideal for fires.

TV1Samoa reports Tanuvasa Petone Mauga was speaking after firefighters dealt with a bush fire which threatened facilities at the Faleolo International Airport on Wednesday.

He said they are investigating how the bush fire started.

Strong winds fanned the fire which spread quickly making it hard to put it out.