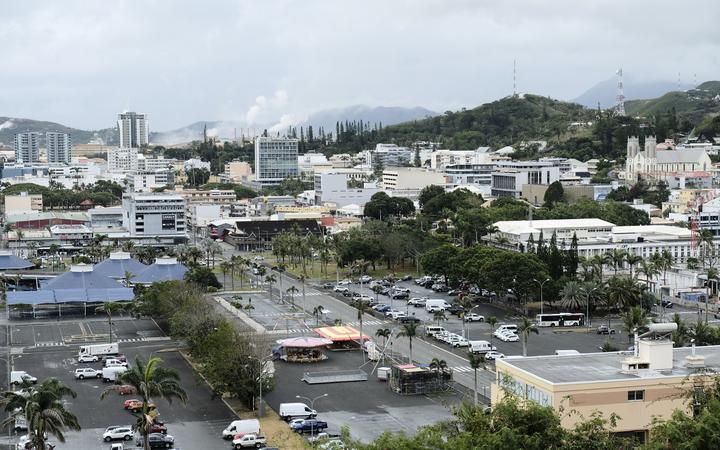 One hundred and nine medical personnel have arrived in Noumea from France to help combat the spread of Covid-19; Samoa's Parliament resumes today to discuss and pass amendments to the Electoral Act 2019.

One hundred and nine medical personnel have arrived in Noumea from France to help combat the spread of Covid-19.

One hundred and nine medical personnel have arrived in Noumea from France to help combat the spread of Covid-19.

Health authorities are reporting hospitals are up to 95 percent full and the death toll is around ten people a day.

Latest figures released by the local government show 31 people have died in the past three days, bringing the total death toll to 93, since this outbreak of the delta variant started at the beginning of this month.

There are currently 6379 positive cases including 194 in the last 24 hours, with 52 patients in intensive care at the Médipôle de Koutio, a territorial hospital center.

Samoa's Parliament resumes today to discuss and pass amendments to the Electoral Act 2019.

TV1Samoa reports the amendments will see the reintroduction of special polling booths for voters not resident in the electoral constituencies they are eligible to vote in.

The pre-polling initiative which was introduced for the first time in the April 2021 General Elections also comes in for some changes.

Pre-polling will be conducted in one day and not four as it was during the general elections.

These amendments and changes have been labelled by Opposition Leader, Tuilaepa Sailele Malielegaoi, as discriminatory.

Papua New Guinea's leader says the United Nations must assess human rights in West Papua as has been called for by the Pacific Islands Forum.

There have been concerns for many years about human rights abuses in West Papua perpetrated by Indonesian security forces.

The Forum membership has been asking for a team of human rights specialists to be sent in, but it has yet to gain access.

PNG Prime Minister, James Marape, raised the matter in his speech at the UN General Assembly on the weekend.

"The outstanding visit by the United Nations human rights mechanism to address the alleged human rights concerns in our regional neighbourhood. This visit is very important to ensure that the greater people's of the region have peace within their respective sovereignties and their rights and cultural dignaties are fully preserved and maintained," he said. The Northern Marianas will be offering Pfizer-BioNTech COVID-19 vaccine booster shots to people 64 years and older as well as adults with underlying health conditions, and those with increased risk for COVID-19 exposure and transmission because of their work or institutional settings.

Health officials including the Governor's COVID-19 Task Force said they are offering the COVID-19 vaccine booster shots with guidance from the U.S. Department of Health and Human Services, the Centers for Disease Control and Prevention, and the Food and Drug Administration.

Individuals can obtain a booster shot of the Pfizer-BioNTech vaccine by walking into the COVID-19 mass vaccination site, or through the CHCC Immunization Clinic, and requesting the third dose. Consent forms must be completed by patients at the time of vaccination for the booster shot.

The Vanuatu Government has introduced a new good health programme for secondary school students to fight against the spread of non-communicable diseases in Vanuatu.

Radio Vanuatu reports the Government has confirmed it will buy fresh farm produce directly from farmers in specific coastal villages round Efate Island near Port Vila.

Malapoa College will start the good health food in schools programme for all secondary schools throughout the country.

In his national address on the country's 41st Anniversary, Prime Minister Bob Loughman. appealed to all farmers and people with unused land, to focus on cultivating the land to earn money from it and the government will buy their fresh farm produce directly.

Christchurch largest Pacific health provider saw more than one hundred people turned up to their vaccination day to combat the low rates of Pasifika who have received the vaccine.

They join 348 Tongans as well as 114 Pasifika youth who have also been vaccinated at the clinic as well as 140 Pacific people at their clinic in Ashburton.

The Samoan community in Christchurch plan to have a vaccination event this Saturday.

A new mental health programme led by Pacific organisations is being launched on line and on air tomorrow to address mental health concerns in the Pasifika community.

The programme is called Ngalu Fānifo which is a Tongan metaphor meaning 'when life gets difficult and stormy seas get rough, we need support to ride those waves and gently make it back to shore'.