NZ criticised for abstention in vote on deepsea mining 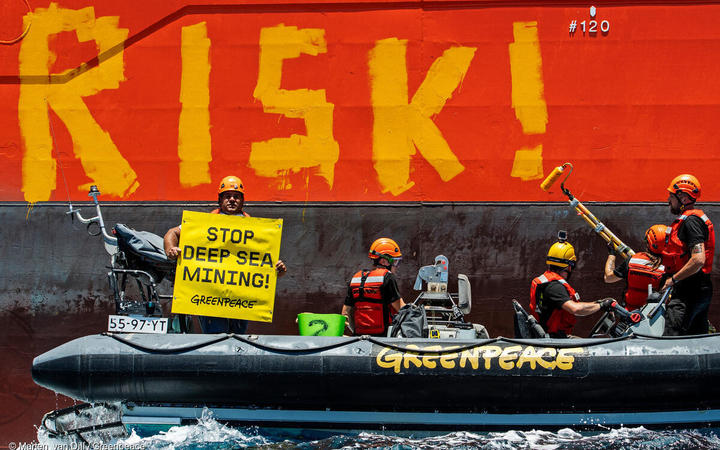 New Zealand has been criticised for abstaining from voting in support of a deep sea mining moratorium in a global forum.

Greenpeace Aotearoa made the criticism after the vote at the International Union for Conservation of Nature's World Congress last week.

The motion received support from most countries, but Greenpeace Aotearoa seabed mining campaigner James Hita said New Zealand's government continued to fall behind the rest of the world in preserving oceans.

Delegates at this year's congress also voted overwhelmingly for reform of the International Seabed Authority, the UN-mandated body tasked with regulating this activity

Hita said deepsea mining was one of the greatest threats facing the oceans, especially in the Pacific.

"The relevance of the moratorium's support is even more important following the South Pacific nation of Nauru's decision to trigger the "two-year rule" only months ago," he said.

under whatever regulations have been established by then.

Other countries who abstained from voting included the United Kingdom, Canada, the United States of America, Australia and France.

"New Zealanders and our Pacific cousins need New Zealand's government to be on the right side of history on deep sea mining. Abstaining from voting is not," Hita said.

"Greenpeace Aotearoa wants the Government to take a leadership position on deep sea mining by supporting the moratorium especially when we are a Pacific country."