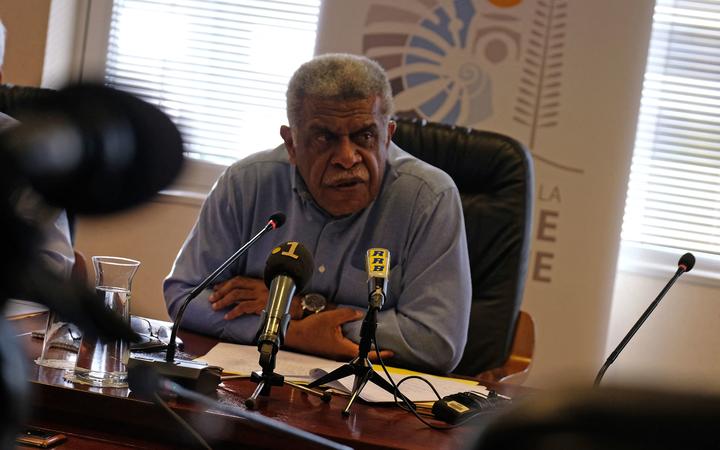 The lockdown in New Caledonia has been extended by two weeks due to the worsening Covid-19 crisis in the French territory.

Ten people have died from Covid-19 in the past 24 hours, bringing the total death toll since the start of the crisis last month, linked to the Delta variant, to 129.

New Caledonia's President, Louis Mapou, said the closure of schools and non-essential businesses, the curfew from 9pm to 5am, and travel subject to certification will be maintained.

The news agency, AFP, reports the lockdown measures will be reviewed again on October 17.

"Ninety-six percent of the dead were unvaccinated, their average age is 71 and the youngest was 40. 56 percent are Kanaks, 22 percent Wallisians and Futunians and 22 percent are from other communities," President Mapou said.

While nearly 300 patients are hospitalized including 56 in intensive care, the territorial hospital centre is saturated and its staff put to the test.

The French High Commissioner, Patrice Faure, announced that second contingent of 103 caregivers from the health reserve will arrive next week from Metropolitan France and will be added to the 174 personnel already dispatched.

"National solidarity will last as long as necessary," Faure said.

The two officials once again urged the population to be vaccinated, in the many centers open across the territory.

Currently, 34 percent of the population has a complete vaccination schedule and about 65 percent have received at least one dose.