Marshall Islands prevents itself from participating in Forum 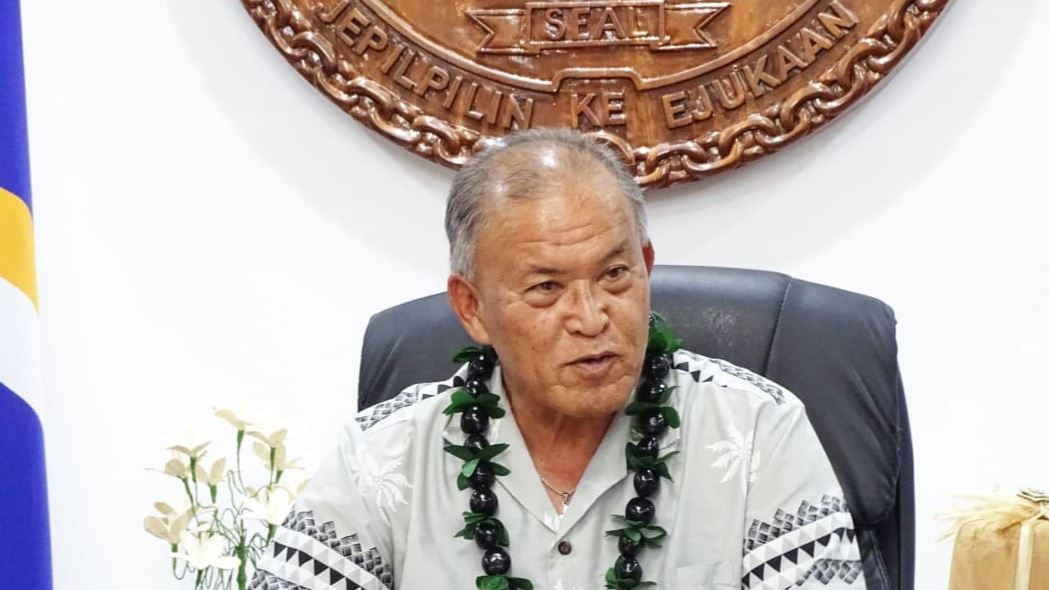 Majuro president David Kabua would have attended this week's first in-person meeting of Pacific Islands Forum leaders if members of his own government had not derailed an effort in February to undo legislatively-binding action to terminate the country's membership in the premier regional organisation.

At a critical time in regional politics - with geopolitical manoeuvring by China and the United States and its partners, including Australia and Japan - the Marshall Islands is not at the table in Suva by its own inability to resolve its internal legal process.

Nitijela (parliament) Resolution 35, adopted in February 2021, was allowed to stand on the books despite an impassioned statement by the president earlier this year calling for reconciliation and remaining in the forum, and an attempt by the Speaker of parliament to rescind the earlier resolution. The resolution adopted last year endorsed the Marshall Islands denouncement of the Pacific Islands Forum and supported the government's letter, submitted in early March last year, to withdraw from the Forum.

"We are not a member of the Pacific Islands Forum right now," said speaker Kenneth Kedi Saturday in Majuro.

The one-year period from the time the Marshall Islands filed its denouncement letter with Fiji expired 10 March this year, legally ending this North Pacific nation's membership.

"We are no longer members as of March 2022. Since we're not a member of the forum, we should not participate. Otherwise, it would violate our constitution."

The five Micronesia area members - Kiribati, Nauru, Marshall Islands, Federated States of Micronesia and Palau - had earlier agreed to pull out of the forum if their nominee for the secretary general post was not accepted. Current Forum Secretary General Henry Puna won a hotly contested vote 9-8 to win the nomination over Micronesia's nomination of Marshall Islands Ambassador to Washington Gerald Zackios.

"The true essence of the 'Pacific Way' is purposeful unifying action for the common good, building bridges of understanding, nurturing strong bonds of friendship and goodwill, and peaceful coexistence among people and nations," Kabua said in his February appeal to the Micronesia leaders.

The demand that Puna step down as a condition of remaining in the forum did not sit well with the president, who said to leave the forum under these circumstances "could inflict a psychological blow to the soul of the Forum … that could be counter-productive to our long-term collective interest".

To make president Kabua's words effective as a matter of government policy, speaker Kedi, the day after Kabua sent his letter to Aingimea in February, introduced Resolution 35 to rescind the 2021 resolution on the books. But the speaker's resolution was entirely rewritten by committee and the Ministry of Foreign Affairs to delete all references to rescinding the earlier resolution and instead stated the parliament's endorsement only of the few month "pause" in the decision to leave. Kedi, so angered by the rewrite, pulled the resolution off the table, leaving the earlier legislation in place.

This led to the Marshall Islands Journal newspaper headlining an editorial on the matter in May: "Which faction is running RMI?"

"I've been a proponent of staying in the Forum and I tried to solve the problem," Kedi said. "I don't know what the foreign policy of this government is, but in my opinion, we should work with the forum and support our partners."

He added that the forum represents 18 countries and partners. "Unfortunately we are battling among ourselves," he said of the leaders of the Marshall Islands. "We should never have pulled out of the forum because someone was mad (about the vote electing Puna). Instead of withdrawing, we should have stayed to fix it. We're outside the arena now. What benefits did we get out of it?"

The United States and other major allies of the Marshall Islands had encouraged it to remain within the forum, according to numerous officials in Majuro. In addition to its close ties to the US, Japan and Australia, the Marshall Islands is one of only four Pacific nations that maintain diplomatic ties with Taiwan, which for the US and its allies is an important aspect of the competition with China for allies in the region.

Ironically, it was a difficult process for the Marshall Islands to gain membership in the forum in the mid-1980s under the country's first president Amata Kabua due to uncertainty about its then-developing free association political relationship with the United States. From its first application, it took seven year until the forum approved both the Marshall Islands and Federated States of Micronesia as full members in 1987.

Now, the Marshall Islands has pulled out during the term of president David Kabua, son of the first president of the nation, a slow moving departure from this important regional body that is indicative of leadership challenges playing out internally.

Discussions among the president and speaker this past week are said to have agreed to resolve the legislative hurdle to forum membership during next month's regular session of parliament, according to government officials in Majuro.