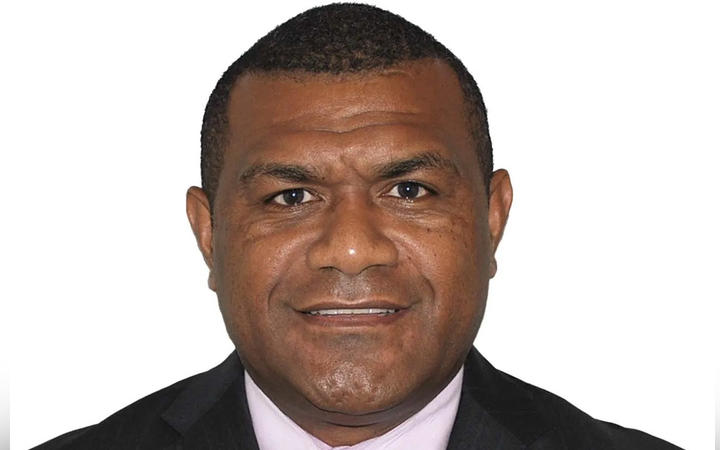 The man sacked for publishing Fiji's household and income survey says the report is an 'honest snapshot' of the country's poverty situation.

Former chief executive of Fiji's Bureau of Statistics Kemueli Naiqama was dismissed by the Government two weeks ago after the 2019-2020 Household Income and Expenditure Survey was released.

The survey showed three quarters of Fiji's poorest people are the indigenous Fijians, or i-Taukei.

It was the first time ethnicity had been featured in data published in the annual survey.

The Minister for Economy and Attorney-General Aiyaz Sayed-Khaiyum, who fired Naiqama, criticised the Bureau for releasing the report and challenged the reliability of the statistics.

But Naiqama said the report was done in accordance with international standards and the Government has breached the terms of his contract.

They also denounced the suspension of the Solicitor-General Sharvada Nand Sharma.

According to Sayed-Khaiyum, Naiqama had breached Fiji's Statistics Act.

Sayed-Khaiyum had told a media conference he did not agree with the methodology used in the survey.

Just days after Naiqama was dismissed, Sharma was stood down pending a hearing after a complaint was filed against him with the Judicial Services Commission.

The Chief Justice, who did not want to comment on the nature of the complaint, said a tribunal would be set up to investigate the complaint.

But the head of the NGO Coalition on Human Rights in Fiji, Nalini Singh, said they were concerned Naiqama was dismissed for 'telling the truth'.

"We find it quite odd that the Minister for Economy has chosen to interfere in this way. Finally, we were getting to the types of data and analysis needed and suddenly the person who's doing that has been removed from his job. So, it does signal a dictatorial move by the government." PM has lost the plot: Rabuka

Former Fiji premier and opposition leader Sitiveni Rabuka said the termination of Naiqama's employment and the suspension of Sharma showed Prime Minister Frank Bainimarama had lost control of his own Government.

Rabuka said the Fijian people deserved to see justice done without prejudice in both cases.

Rabuka said senior civil servants leaving under suspect and highly controversial circumstances within a week showed there had been an 'improper interference with the course of justice.'

Fiji Labour Party leader and former prime minister Mahendra Chaudhry denounced the Government's actions saying he was shocked that senior civil servants were being treated in such a 'cavalier manner without recourse to proper disciplinary procedures.'

He urged Naiqama and Sharma to stand their ground and not let themselves be bullied into losing their jobs.

'This process obviously hasn't been followed here. It's just at somebody's whim, he's been summarily dismissed. That is absolutely wrong, and it is denial of natural justice to the person.

"It demonstrates again and again that this government has no ethics. They do as they want without rhyme of reason, and this is no way to run a country. This kind of dismissal is totally unjustified, and it is very demoralising for the public service," Chaudhry said.

National Federation Party leader Biman Prasad, who is a professor of economics, said it was 'mind-boggling', to say the least.

"That Aiyaz Sayed-Khaiyum now comes out and says that this survey, this report, these results that the bureau has just put out is not credible.

"We are living in a time where you can be deported, arrested or sacked just because someone in Government does not like you." Prasad said the sacking of Naiqama was yet another example of a Government that ruled by "bullying and fear".

He said Sayed-Khaiyum "threw one more of his tantrums" on Tuesday and Naiqama was fired on Wednesday.

"And now, Fiji's leading statistician has apparently not done his job in a way that matches Aiyaz's rhetoric. So, he has been fired."

Former treasurer and Unity Fiji Party leader Savenaca Narube said Naiqama was sacked because he had exposed what everyone already knew - that Fiji is in dire straits economically.

Narube said disregarding ethnicity data would "lead to wrong policies and wider disparity in income amongst ethnic groups in Fiji".

"The termination of the CEO of the Fiji Bureau of Statistics (FBoS) is yet another cruel example of a government that hides the truth by intimidation and fear," he said.

"The Minister for Economy knows that he has failed badly in his national duties. The findings of the HIES are yet another evidence of his inept management of the economy and finance which has brought Fiji to the brink of financial collapse.

"The minister cannot hide the truth. From the very important development angle, the minister is clearly wrong in trying to hide the ethnicity data," Narube said.

By exceeding the scope of data collection and ignoring fact-based methodology, the Government - Naiqama said - had breached the terms of his contract with the Ministry.

Under his employment contract, Naiqama would be paid all salary and accrued entitlements for the period up to 15 September, 2021.

The Prime Minister's Office did not want to comment, and questions sent to Sayed-Khaiyum remained unanswered.