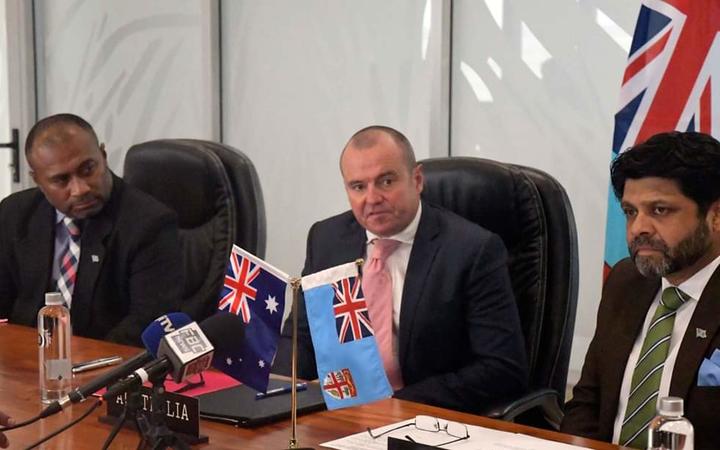 Australia's high commissioner to Fiji says his government will need to be confident that Covid-19 is suppressed in the country before it opens up any quarantine-free travel with the Fijians.

John Feakes was responding to calls by the Fiji government last week that it was ready to join the trans-Tasman bubble with Australia and New Zealand.

Feakes said Australia was committed to exploring quarantine-free travel arrangements with Fiji, but only when it was safe to do so.

He said while Australia recognised that reopening travel would boost the Fijian economy, it was aware there were risks associated with allowing Australians into Fiji.

Feakes said Canberra's 'over-riding priority' was to ensure it protected the health and safety of Fijians.

He said the government was holding regular talks with the Fijian officials about how to safely reopen travel between the two countries.

Earlier, Minister for Trade and Tourism Faiyaz Koya said Fiji's talks with Australia and New Zealand to establish a travel bubble were continuing.

He said Fiji's vaccination program could assist in borders reopening.

"Quite a few people have actually registered for the vaccine and I urge all Fijians to get registered so that we can get the vaccines to them because it is a very important tool for us if we are going to open up our borders.

"We've seen Australia and New Zealand just open up a bubble and we are still having our discussions with them."

Koya said at least 630,000 Fijians needed to be vaccinated to ensure the country was protected against the virus.

Fiji has had 68 Covid-19 cases with 64 recovered and two deaths reported.