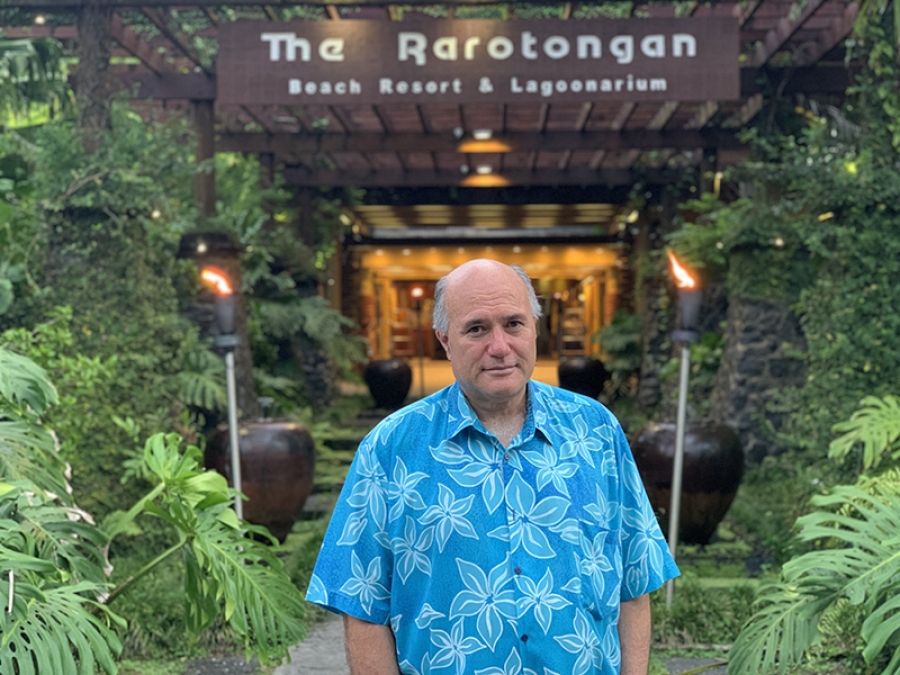 As we head into Xmas and the New Year, thousands of Cook Islanders in the tourism industry will be looking forward with little confidence or hope that their lives will be better in 2022, writes Tata Crocombe.

With 98 per cent + vaccination of the adult population of the Cook Islands, the economic future and rights of the vast majority should not be compromised for the 100 or so unvaccinated adult Cook Islanders who have clearly made their own choices.

Sadly, the Cook Islands is now divided into two communities. Those that get their income from the Government and have gone through the pandemic with increased incomes; politicians, officials, beneficiaries and a handful of favoured businesses. Those in the private sector, that pay the taxes that keep the country going, who have missed out on tens of millions of dollars in income and now find themselves struggling on $8hr an hour. To add insult to injury, the Government is now borrowing against the future earnings of the tourism industry to fund itself with the incredulous claim that they are doing this to save the private sector economy!

Balancing the risks of managing of an increasingly possible financial and economic catastrophe with a safe, phased border re-opening, the sensible way forward, given all our current circumstances, could be;

A phased, safe re-opening of the borders, step by step, can be achieved while simultaneously rebuilding the economic foundations of the Cook Islands, without running the unnecessary risk of a possible economic collapse, which would be much worse than the 1996 economic collapse that resulted in many thousands of Cook Islanders being forced to flee their home land to South Auckland as economic refugees.

What we need right now is confidence and hope that there is a realistic, viable plan for the future.

Why is the Government spending time and resources on a 100-year plan when what is actually needed right now is a clear plan for the next 100 days!

Each day that the borders stay closed, the greater the exodus will be, the more demoralised the critical tourism industry will be, the deeper the long term, structural economic scarring will be, the closer to collapse the Government’s finances and the Cook Islands economy will be. This is all so unnecessary and avoidable.

While Fiji is rapidly selling out with its firm border reopening of 1 December, bookings for the Cook Islands are at an all-time low. Most of these resorts, holiday homes, restaurants, cafes and tours are owned by Cook Islanders.

This strategy would get the country safely reopening from a health and economic point of view and can be implemented immediately. The country needs a clear plan well before Xmas 2021 that can be clearly communicated to staff, suppliers, travel agents and guests.

Let’s set our own “Freedom Day” of Monday 15 November! It is time for a circuit breaker to bring in hope that we have turned the corner and can look forward positively to 2022.

The Government needs to act now before it is too late.

Tata Crocombe is the owner of The Rarotongan Beach Resort & Lagoonarium, Sanctuary Rarotonga – on the beach and Aitutaki Lagoon Private Island Resort. He graduated with a BA from the University of the South Pacific and MBA from the Harvard Business School and was formerly Chairman of the Cook Islands Tourism Corporation and Bank of the Cook Islands. He is a co-author of “Upgrading New Zealand’s Competitive Advantage” Oxford University Press and has been a consultant to the Asian Development Bank, Bank of Scotland, New Zealand Trade Development Board, Tasmanian Department of Economic Development, Skellerup Industries and many other public and private sector organisations.

Simple solution is open the gates let people in why not anyone's money is good money but control how when why they enter fully vaxxed and negative test results to and from. Get a plan in place and open - simple. I heard NZ will open travel bubbles with Samoa, Vanuatu, and Tonga by Christmas pending the new system. The Cook's should already be open now. Why not introduce a quarantine system where short term guests (i.e. visitors restricted access until day 3 negative test) return something simple takes so long to figure out. Mr Tata is a man of business he deserves to be told and helped to re-open i'm happy to bet anyone NZ wont open before Feb or March next year.

I along with many other prospective tourists reading this are gobsmacked by your article Mr Crocombe. Your over inflated sense of entitlement in regard to what you think you and your country are owed by the NZ government and people in regard to tourism is outrageous to say the least. Let me remind you that 98% of your population would not be vaccinated at all if it were not for the kindness of the NZ government and taxpayers providing the vaccine free of charge to your country at substantial cost to NZ. Also the millions in aid given freely to help the Cook Islands continue to stay safe while many many New Zealanders suffer through cold winters living in their cars because they cant afford a home or to feed their poor children, and they say charity starts at home! It is not fair that you seem to blame New Zealand and Australia for the state that the Cook Islands now finds itself in because your government has failed to put money into your health system to enable Rarotonga to cope with the likes of covid or that you have put all of your eggs in the tourism basket. How can any of that be our countries fault? It's not like we haven't given the Cooks many millions of dollars over the years to help towards this and I'm sure Australia has done so to. It is nothing short of insulting that you would seek to blame our countries for the situation you now find yourselves in and if you think that the average NZ tourist who is already looking at paying double the airfare to fly to the Cook Islands that they were pre Covid is going to want to pay another $240-280 per person to run around the countryside getting a pre departure covid test done 72 hours before travel when a great deal of us are travelling from areas that haven't seen covid for over 19 months, you are sorely mistaken. We will just choose to spend our tourist dollars elsewhere I'm afraid. We are fully vaccinated just like most of you and coming from a Covid free area, that should be enough!

A great opinion piece Tata. It sometimes appears to be too easy for decision-makers to forget the economic impacts of border closures. You are right, the worst impact on the economy will be associated with population decline. That is the biggest threat facing the Cook Islands now.

Totally agree with you Tata, 100%. Unfortunately, the Cook Islands has a bunch of inexperienced and immature politicians who, I doubt, will listen to any of your suggestions or recommendations. I heard on the "Coconut Wireless", "we have that in NZ too" without the coconut trees, that MP 's attend church services regurlary, pray like mad, I presume, to the "Lord Almighty" to forgive whatever and hopefully attract more voters for the next election. You might ask, "how is this going to solve the current economic situation". Spiritual intervention, maybe!!!! I know, you need that intervention like yesterday. What now? Well, elections are just around the corner and there are so many of you in Rarotonga and the rest of the Cooks who are capable of carefully guiding the Cook Islands towards a fruitful and economically sustainable future. Put your hands up and lets get the Cooks out of this mess that is going to drastically impact the future of our tamariki. As a nz tax payer I am seriously concerned about the inequality of the distribution of our hard earned funds (NZ Financial Aid) to all Cook Islanders. There's a song that goes "God is watching is us from a distance". We are watching and listening to your cries Tata. Kia Orana e Kia Manuia T A A Turua Matakite