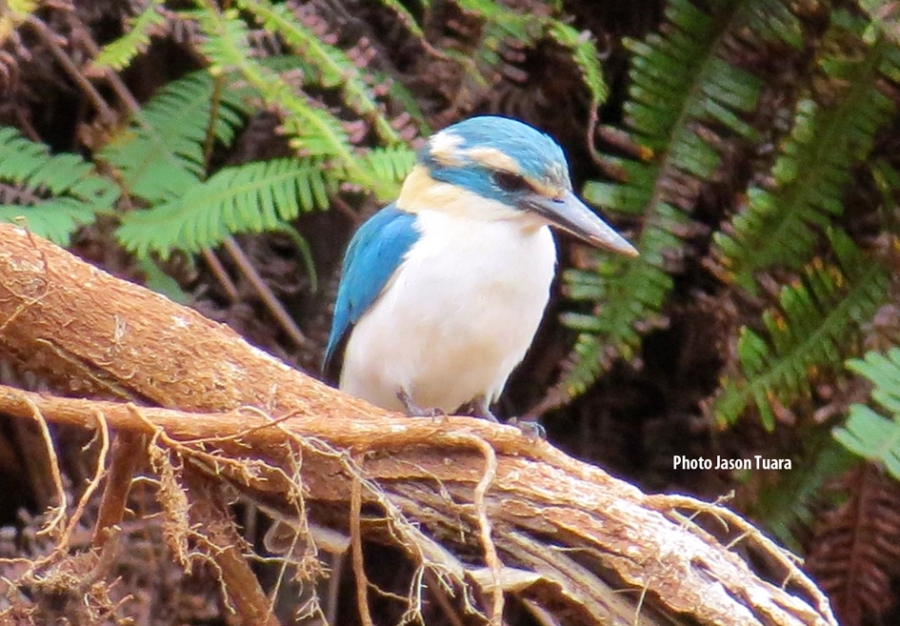 These past two weeks has had everyone in a flap, as Cook Islanders flocked to the online polls to vote for our first ever Bird of the Year Cook Islands competition. Kate McKessar explains.

Widely agreed to be the most important election of the year, this hotly contested, battle of the birds had it all. Intense rivalry, cheating and inflated egos, things got quite competitive as people campaigned for their favourite manu.

Feathers got ruffled early on, when we realised that hundreds of fraudulent votes had been cast for two birds, the Kōpeka (Atiu Swiftlet) and the ‘Ī’oi (Rarotongan Starling).  With the competition being bright and showy, it was the breakneck rise to the top of the pecking order for these two, quiet, unassuming birds that first raised our suspicions.

Thanks to the safe hands of our volunteer Peter Huckle, we quickly traced the suspect votes to offshore IP addresses in Turkey and Brazil. Peter had corrected and protected the voting system before accusations of cheating could be filed.

We also discovered that those same hacksters had later directed their mischief towards NZ’s Kiwi pukupuku. Like the Kōpeka, the little spotted kiwi enjoyed some short-lived glory in the top spot, having benefitted from illegal voting in the wee smalls.

The Mangaian community showed some serious spirit, as they rallied behind their much loved Tanga’eo. This kingfisher (which strangely prefers bugs to fish) is found nowhere else in the world except Mangaia and took the crown by an astonishing 1364 votes. Over 900 more votes than the next bird.

A tense, last minute rush from the Atiu enuamanu supporters, made for a nail biting finish for second place. This catapulted the Kura (Rimatara Lorikeet) ahead of the Kūkupa to claim the silver medal at the 11th hour.

Compared to the NZ version, ours was an unsophisticated first attempt campaign. But it still means a lot of work behind the scenes for those running the birds’ social media accounts. Luckily for us some self-appointed bird nerds stepped up to launch mini campaigns for their personal faves.

Ani O’Neill chose to support the colourful Kūkupa which came out of the gates fighting and came in a strong 3rd to finish.  Pouarii Tanner threw her weight behind Aitutaki’s Kuramo’o (Blue Lorikeet) at one point demanding that we “Stop the count! The cute little Kuramo'o has been robbed!”.  But this little nunbird held its own and came in a very respectable 5th place.

Long-time ‘Ī’oi advocate, Ana Tiraa adopted the cause with enthusiasm.  Ana took to social media to convince voters to endorse the shy, starling once so common in Rarotonga, but which now hides in the hills.  Ana coerced her family and friends into giving each of their five votes to the ‘Ī’oi.

Gracious in defeat, Ana was first to congratulate the Tanga’eo on its comprehensive win and vowed “to campaign harder next year”.

Alanna Smith from Te Ipukarea Society put her money on the Kura. With ties to Atiu, Alanna has a particular affinity for the bird and chose to dress as the Kura bird in her Miss Cook Islands campaign.  The Kura became locally extinct in Atiu 200 years ago but thankfully a population in Rimatara survived and was translocated back, now thriving in a land blessed without ship rats and myna birds.

But in the end, no bird could compete with the mass campaign of the chunky little Tanga’eo run by the passionate Mangaian people. The Mangaian community Facebook pages were on fire last weekend! What a lucky wee manu.

If you missed it, you can still learn about the birds at our webpage www.tiscookislands.org and see for yourself what all the fuss was about.