Recovery of the Kakerori – rare bird overcomes threat of extinction 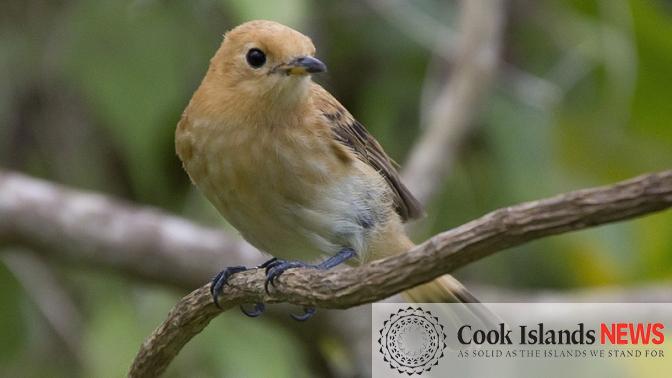 The recovered Kākerōri, also known as the Rarotonga Flycatcher. 20102351

In 1989, the Kakerori was on the brink of extinction. Now, it’s one of the front-runners in Te Ipukarea Society’s Bird of the Year contest! This was made possible because of the Kakerori Recovery Programme, which is an example of good conservation leadership.

The Kakerori population was down to just 29 birds in 1989. Predictions at that time were that the bird had a 90 per cent chance of becoming extinct by 2002 if nothing was done.  As a result of concerted conservation efforts, Birdlife International downlisted the Kakerori from being “critically endangered” in 1996 to “vulnerable” by 2012. This decrease in threat ranking made the Kakerori one of just a few species to be downgraded due to good management, rather than more of them being found than earlier thought.

It is important to note how partnership-building, stakeholder engagement, and a shared, long-term vision contributed to the success of the Kakerori Recovery Programme.

One of the most crucial of these partnerships to be built was between the Government and the three landowning tribes of the 155ha breeding area of the Kakerori – Ngati Karika, Ngati Manavaroa, and Ngati Kainuku. To ensure that landowning rights would not be jeopardised, the agreement to turn the land into a conservation area was verbal and not legally binding. The area became known as the Takitumu Conservation Area, and was a good example of genuinely engaging landowners in conservation efforts.

A 1988 study concluded that introduced ship rats (Rattus rattus) were the main threat to Kakerori eggs. This scientific evidence informed a draft plan for the recovery of Kakerori, focusing mainly on activities to control the ship rat population, with scientific studies to monitor and evaluate the effectiveness of those activities.

Predator control activities included banding the trunks of nesting and adjacent trees with aluminium to prevent ship rats from climbing to nests, and spreading rat poison before and during the Kakerori breeding season. Annual population surveys were also carried out to determine the success of the predator control activities. The recovery plan was updated in 1995 and included an assessment of the feasibility of starting an insurance population of Kakerori on Atiu, an island with no ship rats.

By 2002, there were 282 birds on Rarotonga - scientifically considered to be a viable population - but because they were only found on one island, they were still vulnerable to natural disasters like cyclones. This was proven when populations declined again after five cyclones in a row hit the Cook Islands in 2005. However, because monitoring and evaluation were part of the recovery plan, and because conservation management decisions were made based on evidence from this, the population decline was soon reversed.