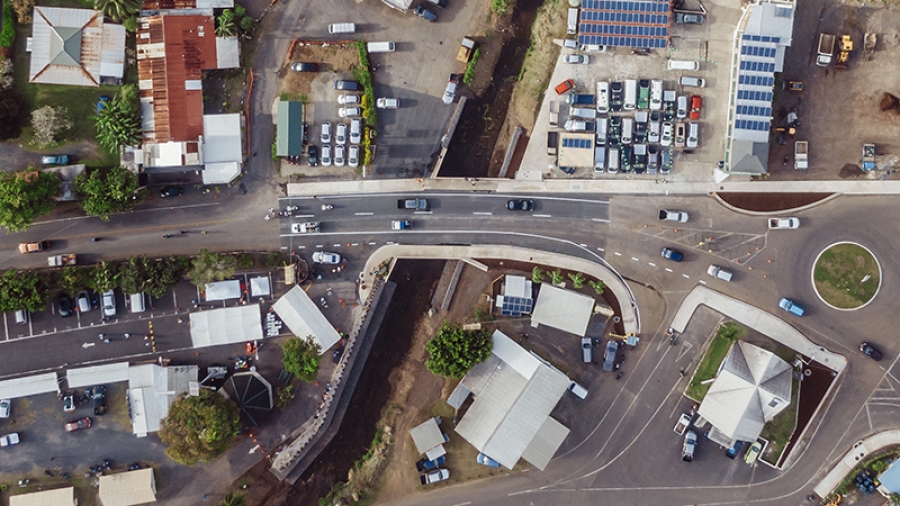 It cannot be stressed enough that it is the job of government to build infrastructure for our communities, writes Opposition Democratic Party leader Tina Pupuke Browne.

As adults we look back at moments in our childhood that brought much happiness. Often these are around birthdays. The joy that birthdays brought, for the presents that we received, friends and family that came to help celebrate.

As we get older, birthdays take on a whole new meaning. We often find ourselves paying for our own birthday and sometimes even paying for the present; but still we celebrate this special day.

As adults we also become taxpayers. We receive our first pay check, and look inside the small brown envelope and read the money earned, the money taxed and the money we are left with. That money that was taxed, becomes public monies which the government can then use as they chose. Upgrading roads, building a hospital, building cyclone shelters, paying the salaries of all the public servants in our country… it’s a very long list.

So, never forget it was you the worker, who pays taxes, that helped pay for these projects. It is not the Cabinet Ministers. It is not the heads of ministries … and is not government. It was you.

The September 2020 Quarterly Financial Report shows the government estimated it would collect $93,814,000 in taxation revenue from taxpaying workers in our country (in the 2020/21 financial year). Other Crown Revenue estimated at $17,428,000 doesn’t even begin to match what our taxpayers contribute each year.

So, like those birthdays we end up paying for, this current government likes to constantly celebrate itself for projects you the taxpayer paid for. Give itself a big self-congratulatory pat on the back for hospitals, boats, roads and courthouses throughout the Pa Enua and Rarotonga that have been built using money that was taken out of your weekly or fortnightly pay packet. Using your contribution to the yearly tax take to build and buy things for our communities.

So remember this. All those roads, hospitals and bridges actually belong to you and were paid for by you. It is you the tax payer who should be thanked and acknowledged. For going to work, working week in, week out, paying your taxes which ensures that there is money in the government’s public money coffers for these many infrastructure projects.